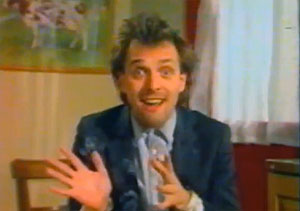 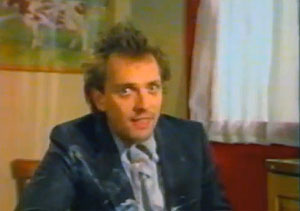 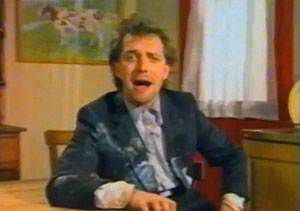 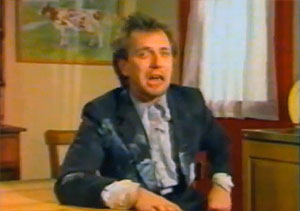 Yes, we know it played a vital role in encouraging the joys of literature, and we know some of our finest ever performers were involved, but for most kids, Jackanory could often be a bit boring. Watching an actor you’d never heard of enunciate their way through an abridged, but still extensive, rendition of Swallows and Amazons, and not just once but five times a week, was always a bit of a letdown for the kid looking for a bit more excitement and fun. That was until Rik Mayall literally popped up and read George’s Marvellous Medicine in his own inimitable style. The story itself is famously anarchic and irreverent and Mayall puts that across brilliantly, turned out in his ill-fitting, scruffy suit and diving into the slapstick and silly voices with gusto. Securing Mayall really was a bit of a coup for the show, at the time almost certainly the most fashionable comedian of the day and adding a bit of kudos for kids who were getting more and more interested in what was going on away from children’s TV. The result was undoubtedly the first time staid old Jackanory ever created any kind of controversry, the Beeb being flooded with complaints from parents that the story was a bad influence and Mayall was a horrible performer, but no kid thought that, they just loved seeing a big kid messing around on the telly and talking about hating your gran. Happily the Beeb stood by the show in the face of criticism, repeating it and later inviting Mayall back to read more stories, and to this day it remains undoubtedly Jackanory’s finest hour. And it might have got a few kids to start reading books as well, which was its intention in the first place, but don’t tell anyone.