Band Aid’s one and only TV appearance, 25th December 1984 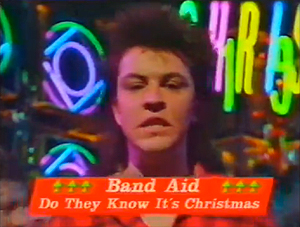 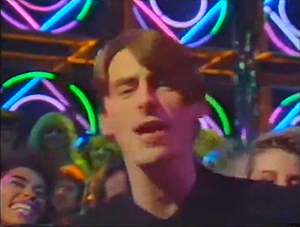 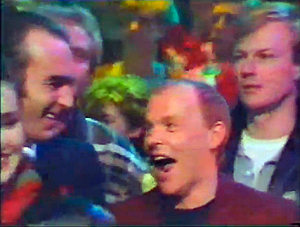 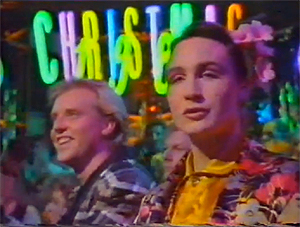 It’s been suggested that this is the ultimate Top of the Pops performance in that it tries to amaze but falls ever so slightly short. There’s some truth in that but it’s a pretty memorable moment in any case, as it surely emphasises how important Top of the Pops was in the early eighties. 1984 was a huge year for pop in the UK, what with Frankie selling records by the truckloads and Ghostbusters and Last Christmas selling thousands and thousands of copies and not even getting to number one, and the Christmas Top of the Pops represented that with plenty of big names in attendance – and not just performing, either, but presenting too, as Michael Hurll had got fed up of the Radio 1 DJs whining about their role in the Christmas show so decided not to use any of them. Pops’ pulling power was such in those days that everyone wanted to appear on the Christmas show and so they decided, for the one and only time, to actually do a live performance of Do They Know It’s Christmas. Obviously logistics meant there were a few personnel changes from the record, most notoriously with Bono’s unavailability, while George Michael was ill, but it’s augmented by some new arrivals who were there for the show including Slade, sharing a stage with Sting, and, sneaking in on the end of the line, Black Lace. Regardless, it’s a fascinating document, watching Jim Diamond and Francis Rossi share a joke, Marilyn blow kisses to Glenn Gregory’s amusement, and Gary Kemp deciding to illustrate his musicianship by miming guitar. All a bit shambolic, maybe, but Top of the Pops, and specifically Top of the Pops under the auspices of Michael Hurll, is almost certainly the only TV show that could have done anything like this, and it’s incredible they even managed to get it all together. On Christmas Day 1984 this would have seemed to the average teenager the most amazing gathering of stars ever assembled – overshadowed a bit by Live Aid a few months later, maybe, but at least by being mimed, Simon Le Bon came out of this one with dignity intact.