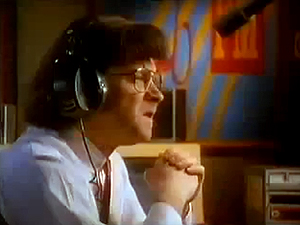 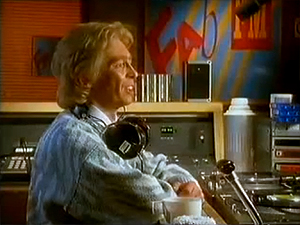 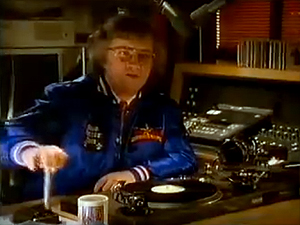 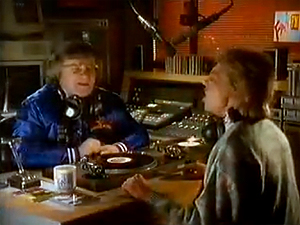 It’s been suggested that Smashie and Nicey was the only bit of satire that ever actually achieved anything, as you’d have to look hard these days to find any DJ banter that doesn’t have its tongue firmly in its cheek. In fact John Birt once thanked Harry Enfield for being responsible for changing the face of Radio 1, much to Enfield’s horror as he thought John Birt did far more damage to the Beeb than some “harmless” DJs. Regardless, though, the fact remains that Smashie and Nicey were absolutely brilliant comic creations, probably the best thing Enfield and Whitehouse have ever done, and the public got the point they were making immediately. Sadly their success meant that they could no longer continue as they managed to make the subject of their satire redundant (literally), so after the Bannister revolution at Radio 1, it was time for Radio Fab to clear out its schedules. Happily, their final appearance, in a 45-minute special, was an absolute triumph, brilliantly written, acted to perfection by two wonderfully talented performers and also technically amazing – moments like Nicey on Blue Peter or in the Deptford Draylons advert, and Smashie in Dixon of Dock Green look fantastic now, never mind nearly twenty years ago. There are so many great moments in it it’s almost impossible to choose, which is why we’ve alighted in the hilarious opening sequence where the pair just burble on about nothing in particular, our favourite being Nicey’s inept attempt to précis the plot of an episode of One Foot In The Grave. Like The Day Today, it’s hard for people who didn’t see it at the time to realise that this isn’t some standalone bit of silliness but a parody of an actual thing, so successful was it of making it look so stupid it couldn’t continue. But even if the topicality is no longer there, it remains one of the funniest pieces of television ever made.