The new presenter of World of Sport, 24th December 1977 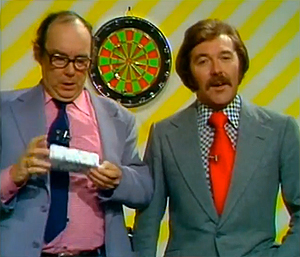 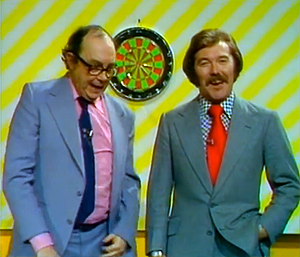 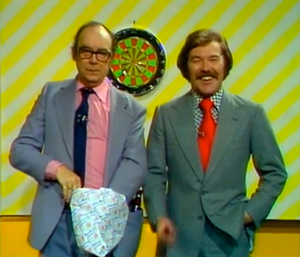 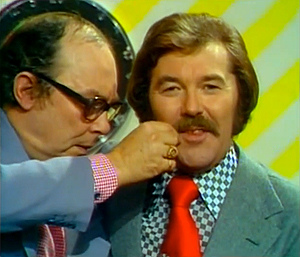 On Christmas Day 1977, Morecambe and Wise appeared in their final BBC show, as previously seen in this countdown of course, but 24 hours earlier the four-eyed one made another television appearance that’s just as celebrated and just as amusing. Why would you send a Christmas card to World of Sport? Well, simpler times we suppose, but unlike its BBC competitor, ITV’s Saturday afternoon sports sequence always had a bit more to do with light entertainment, regularly serving up pointless but amusing oddities like the World Bus Jumping Championships or Cliff Diving from Acapulco rather than “serious” but grim rugby league from Widnes. This more freewheeling approach meant that they were perfectly willing to oblige when Dickie Davies, said by all who know him to be the nicest man you could ever wish to meet, suggested he invite his mate Eric Moreca mbe on to the show on Christmas Eve. Contrary to some suggestions this wasn’t a spur of the moment idea after they’d been out the night before, great though that sounds, as it was actually billed in the TV Times, but it’s clear Dickie and the rest of the crew had no idea exactly what Eric was going to do. Sadly only a fragment of the show is on YouTube, so we miss the delights of Eric sitting on a chair that’s far too high and reading Dickie’s autocue along with him, but what we do have is the lovely sequence where Dickie tries his best to introduce some darts highlights while Eric messes around, ad-libs (we love “Ohhh… what!”) and sends Dickie up wonderfully. Dickie himself adds plenty to the humour by not attempting to compete comedically but simply letting Eric get on with it, establishing himself as a very impressive straightman with immaculate comic timing, and clearly having an absolute whale of a time. There’s such a great relationship between the pair, and so much good humour in the studio, it can’t fail to come across to the viewer. Of course this time the following year Eric would be on ITV full-time, albeit via Thames rather than LWT, but nothing he ever did on the light channel was as entertaining as this.