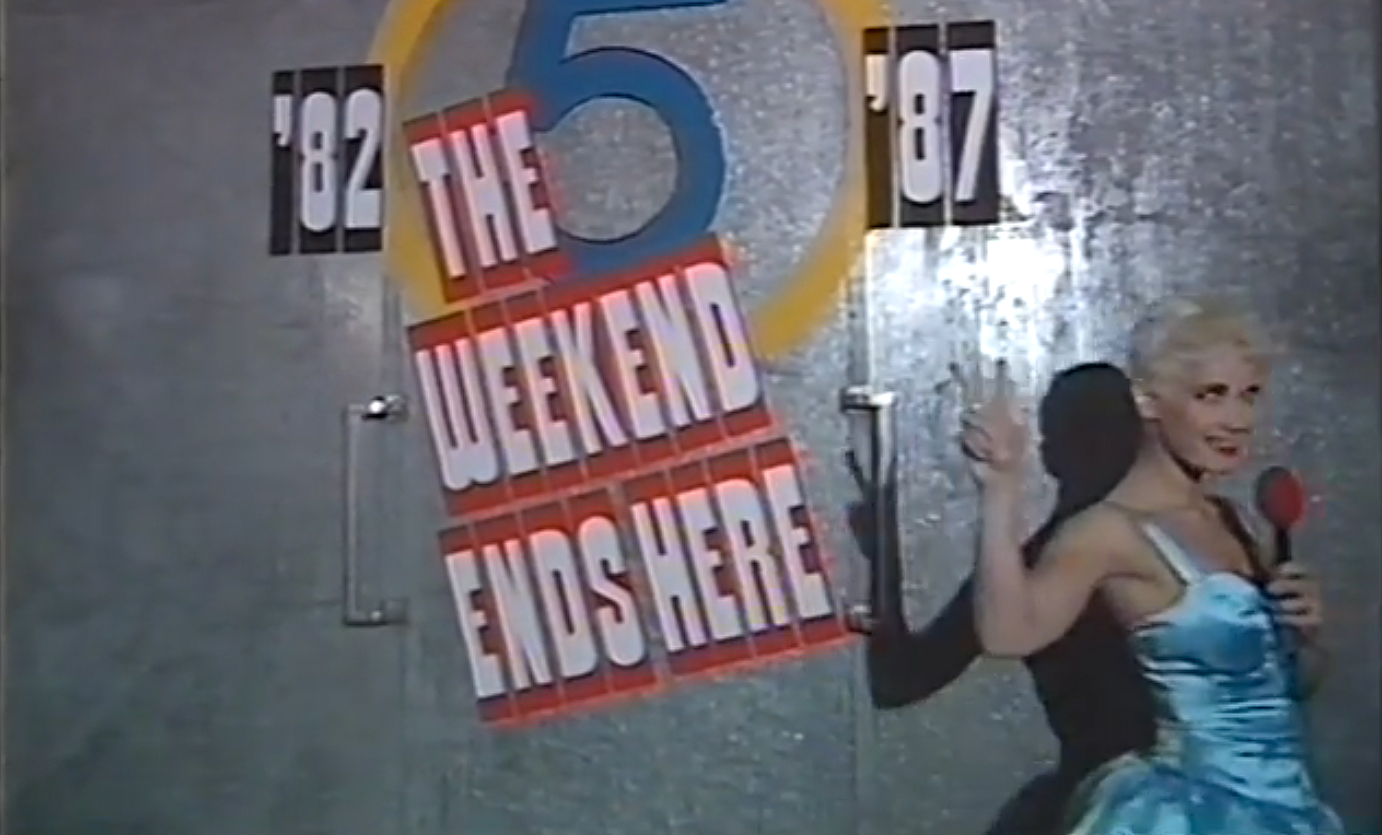 5.30pm THE TUBE, CHANNEL 4
It’s perhaps not surprising, but discussions about The Tube in recent years have been a bit prone to self-mythologising, reaching insane heights with the documentary a few years back which claimed the programme was basically single-handedly responsible for sorting out sexism, racism (by getting Grandmaster Flash on and inviting three blokes from Washington, Tyne and Wear to breakdance), the north-south divide and even African famine, thanks to Band Aid happening because Midge Ure was standing next to Paula when Bob phoned her up. It was quite a good series, and it often did give across the impression that Newcastle was the centre of the world for 90 minutes on a Friday, but it was just pop on the telly. It ran out of steam quite quickly as well, and the series was already declining a bit when Jools Holland had a moment of madness during a live trailer and was sent home for six weeks, the resulting furore leading to behind the scenes ructions and the show calling it a day after five years, this big final edition going out in suitable style with James Brown topping the bill. The Tube was probably better than Terry Christian’s memory of it being “hours and hours of fucking Phil Collins”, but maybe not the world-changer its staff would have you believe. 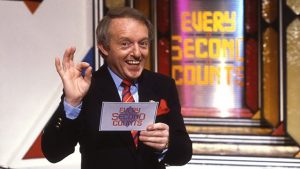 Russell Grant and Larry Grayson were considered for the host’s role on this show before it became the second and most durable part of Paul Daniels’ great game show trilogy, after his success on Odd One Out. A solid quizzer it was too, but the biggest question for the audience always came in the final when it was guaranteed someone watching would ask, “What have they actually won, then?”, thanks to its complex prize structure where you’d win the first and last prize you got but none of them in between. The rest of it ran very smoothly, though, Paul racing though true or false questions with enough good humour to jolly things along, before that tense finale with the chance to win a telly with Every Second Counts written on it in teletext, and finally that twiddly bit of the theme tune where Paul did a little wave to camera, simultaneously the most embarrassing and most comforting part of every show.


9.00pm NOW SOMETHING ELSE, BBC2
Hard now to imagine Rory Bremner as a thrusting young talent, given these days most of his telly appearances seem to be occasional outings on The Andrew Marr Show dusting off some old impressions, but Bremner had a headlining TV series at the age of 24. Like many acts, he owed much of his success to Lord Terence of Woganshire, thanks to being spotted and invited to appear on the first edition of his thrice weekly show, the same year he also got in the charts as The Commentators, a performance we’re looking forward to seeing on BBC4 soon. He was quick to move with the times as well, and before one series gave the writers a list of 105 impressions he would be willing to do, despite the fact he’d never done half of them before. Now Something Else was his first starring series, although so as not to put him under too much pressure it was sold as a team affair – with Sara Crowe, John Dowie and Ann Bryson in support – and without his name in the title, although Bremner later suggested it was such a boring title nobody actually knew what it was.

7.00pm THROUGH THE KEYHOLE, ITV 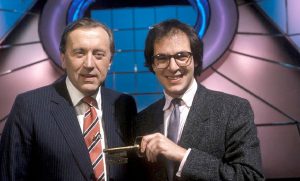 “And now, for the benefit of our home and studio audience… but not for our panel… heeere’s hooooz houuuse… iiiit iiiiis!” You can always work out the age of an episode of Through the Keyhole by how long it take Frost to say that line, as well as the quality of the homeowners of course (“You’ll kick yourself, it’s Steve Walsh!”). Keyhole was probably the best thing about the appalling early days of TV-am, albeit in rather different form where Loyd would simply guess the victims himself, and in the pilot was so cutting about TV-am big cheese Michael Deakin’s décor, Angela Rippon promised never to introduce it ever again. Frost was suitably taken with the format to grab hold of it and pitch it to every channel going, hence after a long run on primetime ITV it then moved over to Sky One and later an even longer run on daytime BBC1. This was the real golden age, mind, if only thanks to regular appearances by Willie Rushton and homeowners you’d actually heard of.