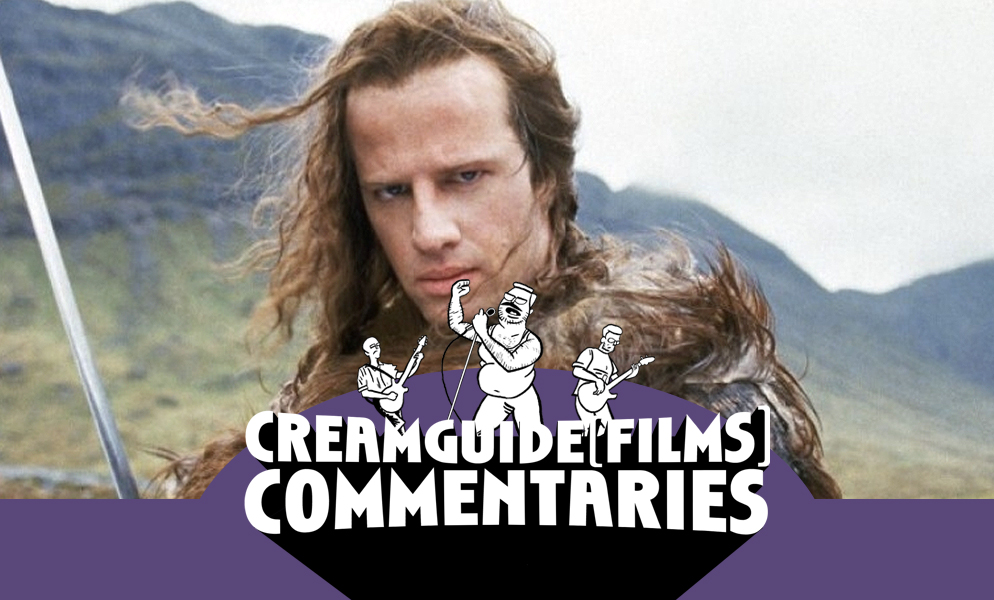 Here they are, born to be kings – it’s Chris, Craig and – to a fuller extent – Jack, to discuss what any 13-year-old boy would agree is the greatest directed film of all time. Ably guided by Creamguide (Films) listener Jonathan Wilkins (it was he who nominated this movie for commentary treatment, don’t you know?), our trio of immortals neatly sidestep the usual chat about inappropriate accents for a loving reminiscence of the greatest film in the entire Highlander canon. What does incompetent mean? Listen to this and you will surely find out!

If you don’t want to listen to it using our player (above), then Download this episode (right click and save)(84 MB). Or, to save you all this hassle, just subscribe to our podcast via iTunes.

CREAMGUIDE(FILMS) COMMENTARIES will return with another listener choice very soonish