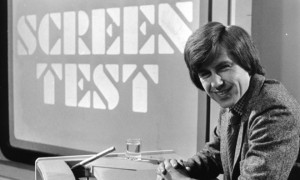 DRIP-DRY MICHAEL RODD (later BRIAN “DANGERMOUSE” TRUEMAN and MARK CURRY) was your presenter, Bedknobs and Broomsticks and Lady and the Tramp were your clips, along with the obligatory Children’s Film Foundation effort, in this memory-test quizzery in old-fashioned ties-for-the-boys, sit-up-straight, desks ‘n’ buzzers extravaganza. The intermission heralded the Young Filmmaker of the Year competition, essentially a stuck up precocious child with a Super8 filming juddery stop motion plasticene blobs vomiting “crazy string” all over each other. Supposedly honed the talents of “many a successful contemporary Hollywood director”, whose collective talents are now to be found keeping YouTube in business.