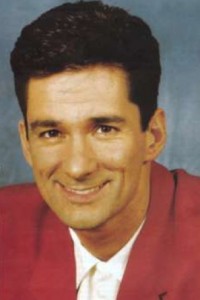 PAUL COIA RAMMED THIS briefly semi-popular BBC Scotland 5pm answer to Countdown amidships with the catchy catchphrase “Cryptic clue coming up. Letter… Letter… Letter… Letter… Letter…” Brian the Computer was supposedly in charge of scoring. Other rounds included the unique anagram round, the synonyms-on-the-buzzer round and the infamous “name a word containing these three letters in order” round – leading to constant invocation of those two really, really long words (“Flocky Knocky” something and that miner’s lung disease). Every fucking time. Crossword types got involved, and rewards were de-emphasised in a vain attempt to distance it from the earlier shows. This is BBC2, after all. Ultimate prize was Archimedes computer, or similar BBC tie-in product.