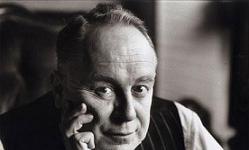 NED SHERRIN-led roundtable arts discussion pot-pourri which initially threw together unlikely combinations of semi-regulars including Stephen Fry (as ‘Dr Donald Trefusis’), John Walters, Richard Jobson, Emma Freud, Craig Charles, Samantha Fox, Jonathan Ross, Pip Dann, Robert Elms, Carol Thatcher, Alan Bennett, and anyone else who could throw together three or four words on the popularity of EastEnders or the latest Mike Leigh film, while over in the corner Victor Lewis-Smith fired off breakneck speed tape-wind-festooned listener-scaring reports on whatever took his fancy. Caused several unexpected outrages, not least over Fry’s celebrated rant about ‘parent power’, Elms shouting at someone who sniffed at graphic novels, and Lewis-Smith’s accidental invention of the ‘Master Bates, Seaman Staines and Roger The Cabin Boy’ myth. Still going under the watchful eye of Clive Anderson but, with most of its oddball regulars long since gone, largely degenerated into PR puff-piece parking lot for anyone with a book to plug.