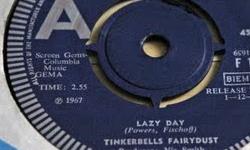 VARIOUSLY ANDY KERSHAW/MARK KERMODE-FRONTED genre-driven rifle through the nation’s Record Fairs, usually with some geographically relevant (ie available) pop person in tow; Pete Shelley in Manchester, that sort of thing. Title-busting conceit was that collectors would bring along their already-valued purchases for a quick spin, giving the listener tantalising hearings of rare pre-fame Marc Bolan waxings, Stones producer Glyn Johns doing unspeakable things to his charges’ compositions, and Sammy Davis Jnr singing the theme from Hawaii Five-O. Nowadays, of course, you can find all this stuff through Google in about five seconds.