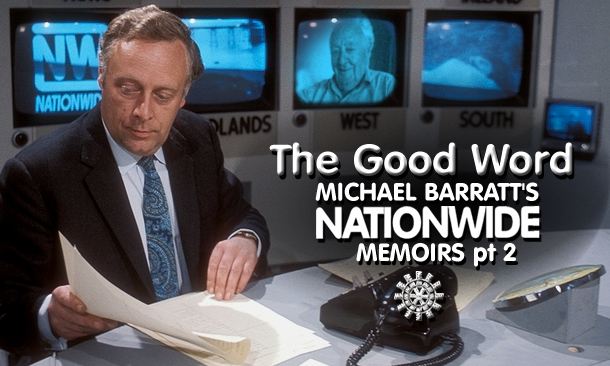 It’s the second and final part of our Michael Barratt podcast!

This time Michael talks about his career before Nationwide, and after, and recalls his exit from the show, which took the form of a farewell tour of the UK on board an especially-hired train.

You can download part two here; subscribe to our podcast feed via iTunes; or listen to it right here:

Missed part one? Well, that’s here or press ‘play’ below:

Thanks, of course, go to Michael Barratt, who has a new book out from our good friends at Kaleidoscope Publishing titled, of course, Mr Nationwide.

If you like the podcast, maybe give it a retweet?

The final part of our Michael Barratt podcast is now online, in which he talks about life before and after Nationwide: http://t.co/N8oV5i3z