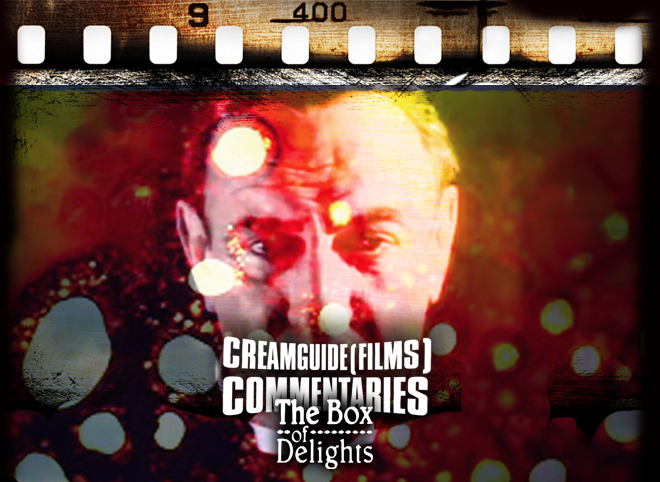 It’s the second part of three of six covering three and four with five and six to come in three. Once again join Chris, Craig and Jack as they talk over, around but not necessarily about THE BOX OF DELIGHTS. Once again press play at the wolfy eyes and neck a posset.

To listen, click on the thing above if your browser so allows it. Or download it here (it’s 59 meg this week). If you haven’t already, you could also subscribe. And this is our RSS feed.

SPOILERS: the mystery and terror of the box are hard centres

Next week: Creamguide(Films) will be back with part three of three next week!