The kindly uncle to Valerie Singleton’s stern schoolmistress on The Money Programme, and The Normal One alongside The Grumpy One and The Discomfited One on Newsnight, has died aged 70.

Along with the likes of Michael Charlton, Fred Emery, David Lomax and Vincent Hanna, MacCormick was one of that band of BBC faces that once roamed right across the various territories and annexed colonies of News and Current Affairs, then suddenly vanished.

Some defected, some diversified, some died. Sadly, MacCormick has now accomplished all three. 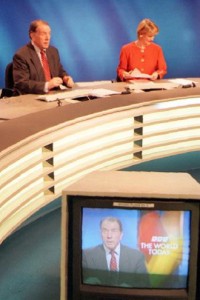 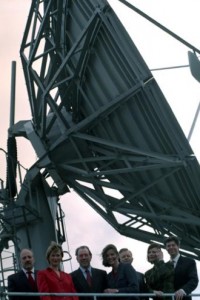 Here’s Donald doing one of his last regular gigs for the BBC as part of the team that launched BBC World in January 1995.

In the second, he takes his place in a Magnificent Seven-esque posse posed in front of a look-it’s-the-future vista along with in-no-way-a-B-team-of-BBC-talent Tim Sebastian, Nici again, Melinda Wittstock, Philip Hayton, Sue Carpenter and Justin Webb.