It’s a bit embarrassing to think TV Cream once named this man as our number one media mover and shaker: 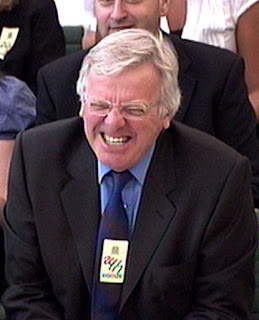 Not only that, we called him a media genius! Such an unhallowed annointment could only lead, within a matter of years, to one thing: Grade’s reputation sinking to the lowest it has possibly ever been, and the man ending up in charge of a rubbish network of channels that can’t make any money and can’t make any decent new programmes.

After decades of being a master showman and scheduler, it feels like he’s met his match and is, in all doubt, going to end his career with a failure. An almighty, million-pound-fine-paying, audience-share-dwindling-into-irrelevance, failure.

That’s not right. Perhaps he can see to it that ITV, or rather ITV1, becomes what it so clearly ought to be nowadays: a channel that runs from 7pm to, say, 1am, and that’s all. If he did that, and managed to talk everyone else round, then he’ll have pulled one last rabbit out of his LWT Towers-shaped hat.

In the meantime, looking again at that top ten of 2004’s movers and shakers. Grade, Dick and Dom, Rolf, Greg, Humphrys, Keating, Highfield, Marson, Euan Kerr, Yentob…what’s the case for keeping any of them in an equivalent list for 2008?