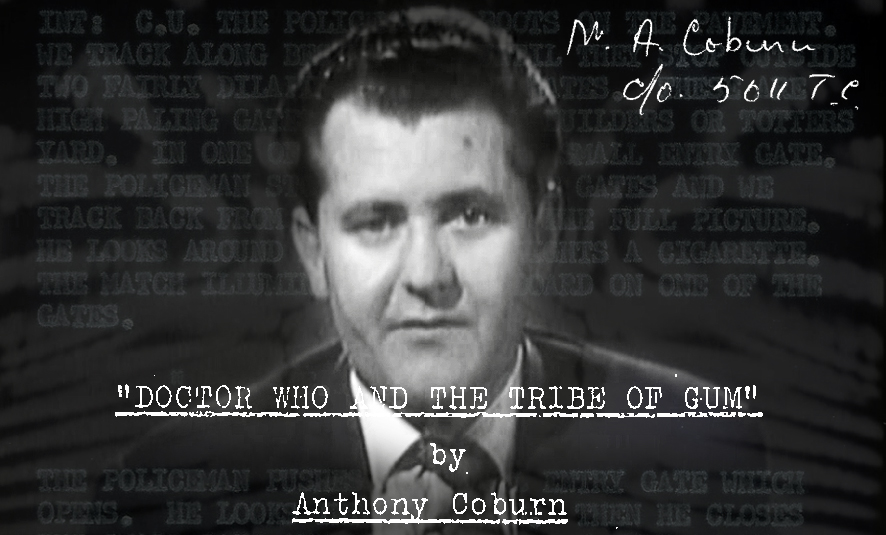 It’s arguably an association that wouldn’t have pleased James Anthony Coburn, but he will always be connected to Doctor Who.

Fifty-four years on from the programme’s debut, with his scripted story (variously named), we thought we’d share two instances when Coburn stepped away from the typewriter, and in front of the camera.

It was in 1950, he left his home of Melbourne, Australia for London, England, in the hope of becoming an actor. But it didn’t work out, and, after taking on an array of manual jobs, he finally found success as a writer…

However, on 29 October, 1964, Coburn returned to his first love – albeit for a tiny walk on part as a cab driver in Thursday Theatre’s version of Ray Lawler’s Australian play Summer of the Seventeenth Doll, starring Sheila Hancock, directed by Mary Ridge – and with music by Dudley Simpson. Here, edited together along with the opening titles, are his two appearances in that production.

And then, on 23 December of the same year, he made a second screen turn, hosting a 20-minute Viewpoint documentary in which he interviewed Estrid Dane about her clinic, Manus Domini (The Hand of God) for mentally and physically handicapped children. Unmentioned in the programme is the fact Dane had been involved in the care of Coburn’s own handicapped daughter, Paula.

This is that episode.

Shaun Sutton, head of the BBC’s Drama group, wrote: “For some years Tony suffered from a heart complaint. He chose to go on working and we all hoped that by pacing himself carefully, he would continue to produce for many years to come. He was a producer, director and writer of high talent and a man of great courage. He will be greatly missed by everyone in television.”