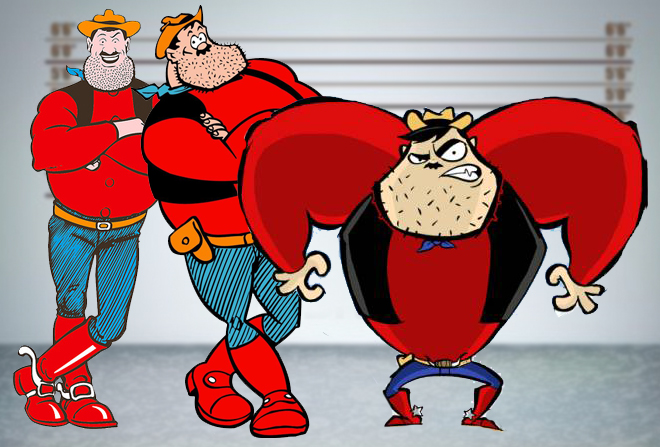 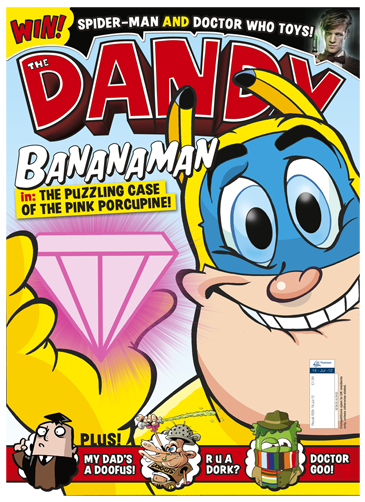 Gulp! Looks like The Dandy could be brandishing that doom-laden “EXCITING NEWS FOR READERS INSIDE!” banner across its front cover quite soon. John Freeman’s excellent Down The Tubes has the story, but, pals, what’s our response?

With the paper’s 75th birthday due in December, this year’s celebratory annual already out, plus a retrospective gift book written by former ‘Ed’ Morris Heggie, a commemorative set of Royal Mail stamps and a TV documentary in the works, perhaps it’s best to bail out when you’re at the top.

But we’d still be terribly sad to see it go. TVC readers might expect us to be anti-modern day Dandy, however we’re anything but. Under editor Craig Graham (who took over the title in 2006) the publication – sure – did rebadge as ‘Dandy Xtreme’, but really picked up the pace with a further Harry Hill-led revamp in 2010, which brought in creator-owned strips (who’d have thought?), lots of new cutting-edge cartoonists, a ban on reprints (now lifted) and radical redesigns for flagship characters like Desperate Dan and Bananaman. In short, an all-out renaissance.

But, with sales dropping to somewhere in the region of 7,000 and none of the above doing anything to arrest that, what to do? DC Thomson have made noises that the comic’s key characters will continue online, but… who cares about online?

Related Items:"Der search is over! Soon now we eat! Three heils for me - Hermy!", "He’s the toughest of the tough - watch our Danny do his stuff", "Now for a feed!", Brassneck, Comics, Jimmy and his Grockle, The Dandy
Share
Tweet
Share
Share
Email