Many of us here at TV Cream Towers have been just as shocked as you at recent events in the news.

We were especially unsettled by one outburst that generated hundreds of headlines and led many news bulletins.

So alarmed were we at the prime minister’s determination to go into battle with one of the most enduring, not to say ubiquitous motifs of British culture, that we dropped a line to one of our “friends” inside the Home Office and got them to commission a report into how the government would fare at the hands of some of the most notable gangs of our time.

We thought it only right that TV Cream do its bit, before the entire internet is closed down thanks to someone somewhere uploading a clip of Larry Grayson enthusing about the “route to the loot”. (SATIRE)

We can now reveal the results of this confidential briefing paper, wherein Cameron and co are pitted in a series of “war games” against the most prominent and grisly gangs of modern times…

ASSESSMENT: Over-tousled tykes. Appear to show no sign of fear (e.g. hand on the shoulder, cobwebs), and not afraid to commandeer street furniture, e.g. dustbins, for hiding places. One (JR) has a T-shirt bearing his name, or “tag”. Said T-shirt also has no sleeves. Another, James Bond III, is black. Lil Bill makes good his escape by “hilariously” lying flat on a skateboard. All, including the girl, can jump incredibly high. 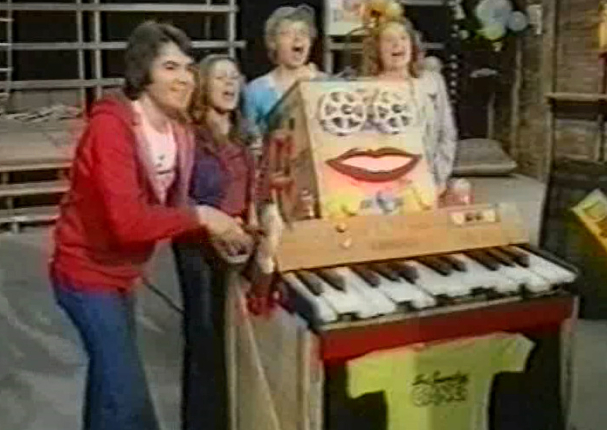 ASSESSMENT: Sweet-toothed sermonisers. “Gang” moniker and distinctly urban outfits (one of them recently spotted wearing dungarees) belies unashamed ecumenical leanings. Here to praise to the skies not raise to the ground. To wit, gang have rebranded the Bible as The Big Bumper Storybook and hang out with giant Scottish white mouse puppet. Slight concern: gang leader goes by the “handle” of JD. Possible link with JD Sports, number one target for recent riots? (Pls check). 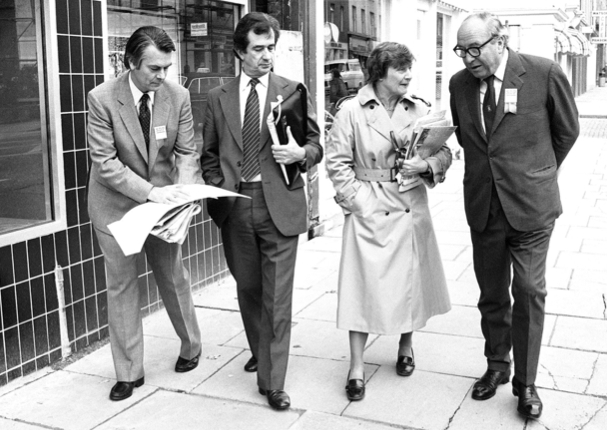 ASSESSMENT: Resistance wrinklies. Multi-national outfit with decades of experience, recently reunited, now operating in classy establishments in swanky resorts. Warning: could be sitting next to you in your club or members lounge right now. Use animal codenames to disguise identity. Have own signature tune, written by composer of Give Ireland Back To The Irish. Should only be approached with extreme sartorial caution.

ASSESSMENT: Po-faced post-punk roisterers. Unassuming garb hides radical tendencies of the worst kind, typified by fondness for SHOUTING or CHANTING every OTHER word INSTEAD of SPEAKING like NORMAL people. Songs cover topics including poisonous chemicals, under-investment in public transport, revisionist history, and butter. PLEASE have earmuffs to hand when approaching.

ASSESSMENT: Gibberish-talking jivers. Pioneers of rap music (see dictionary for definition if unclear) armed with bewildering non-canonical phraseology, e.g. “don’t stop the rocking to the bang bang boogie say up jumps the boogie to the rhythm of the boogity beat”. Members include Wonder Mike, Hank (also known as Doctor of the Mix, and Casanovafly), and Master Gee, whose name is known all over the world. Fond of hotels, motels and Holiday Inns. Want to “freak you here, freak you there”.

VERDICT: Gang will move you outta this atmosphere. 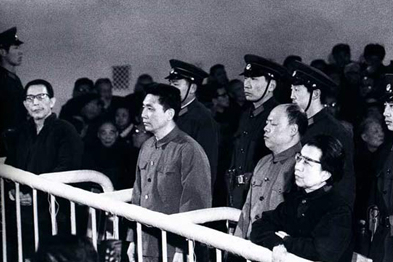 ASSESSMENT: Commie bastards. Three men and a little lady. Can call upon millions of followers. Waiting for the great leap forward. Still waiting, along with Red book, Red flag, and beds for hiding Reds under.

VERDICT: Gang has too many Rs to fall back on

ASSESSMENT: Worse than numbers 1-7 combined, i.e. journalists. Even worse: kids pretending to be younger than they are. Cocky, tenacious, funny, attractive, smart, down-to-earth muckrakers and stickybeaks. Boss is believed to be Dr Who. AVOID AT ALL COSTS.

VERDICT: Gang is not responsible for everything; they just make it look that way.

Related Items:A warning from history for the 10 O'Clock Live production team, Folks backing Britain, I don't remember TV Cream being this political, Inner city violence, More political allegories than you can shake a giant chess piece-sized stick at, Not that gang of zany dogs out of The Beano, Oh no - satire!, oh no it isn't satire!, War - what is it good for?, Who is this walking down the street?
Share
Tweet
Share
Share
Email