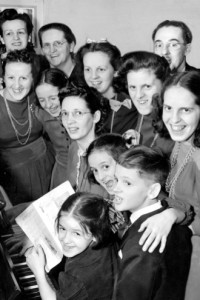 Like before, we’ve got one completely new offering and one old favourite (favourite in the loosest sense of the word, i.e. as loose as Norris McWhirter’s grasp of the difference between the name of first woman to smoke a cigarette in public and the fastest undersea mammal).

First, a version of the Dr Who theme that we could pretend was Murray Gold’s demo for the new series, but this would fail to convince even for one milisecond by virtue of it being understated and not having a 100-strong choir wailing carnally throughout.

Second, a version of the BBC’s Olympics 2008 theme tune that we did in response the lousy effort by that bloke from Gorillaz, and which restores those elements the official one sadly lacked, namely bits where the Beeb could fade in clips of competitors, crowd noises, someone speaking Chinese, and vaguely Oriental-sounding noises that sound like someone playing the black notes on a keyboard.