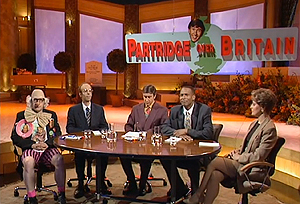 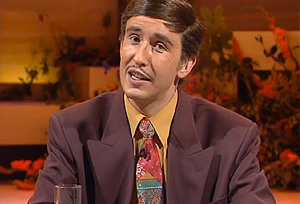 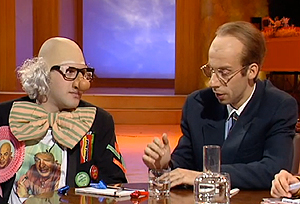 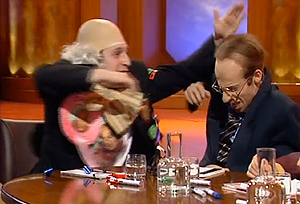 Alan Partridge is surely one of the greatest comic creations in the history of television, still popular, relevant and hilariously funny over two decades since his first appearance. It’s certainly not bad going for someone who was created purely to take the piss out of Elton Welsby, and while Knowing Me Knowing You is now nearly twenty years old, and lots of the stuff it’s parodying no longer happens on TV, it remains absolutely brilliant thanks to the richness of the Partridge character and the wonderful performances from Coogan and the supporting cast. The KMKYWAP format allowed for parodies of virtually everything and we think Alan’s attempt to host a serious political debate is based on a very similar item held in the build-up to the 1992 election on the dying days of Wogan. The sequence is crammed with brilliant throwaway gags – the naked caller, Alan ‘s inability to remember the Labour candidate’s name, his lack of interest in any of the issues apart from violent death (“Do you want to say something about women?”), his casual insults of the audience – as well as wonderful lines (“I remain Pontius Partridge!”). The performances are top class as well, with Rebecca Front getting practice in for Nicola Murray and David Schneider’s hugely undignified outburst (we love “shitttt… ing buggerhead”) that’s all the more realistic for being fumbled and repetitive. We’re also pretty sure that Alan’s tower of pens was improvised and his excitement at that moment is genuine – and even if it wasn’t, that’s a bloody good trick anyway. A classic piece of television from a hugely influential comedy team at the peak of their powers.