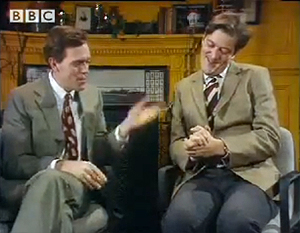 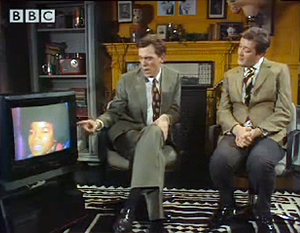 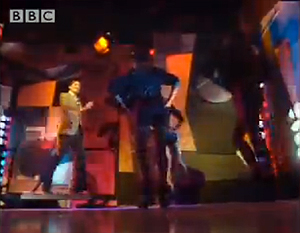 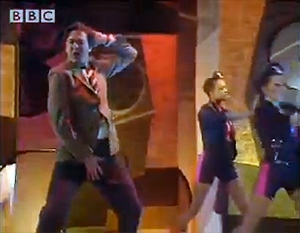 The reason given for why so many sketch shows these days rely so heavily on repetition is because of low budgets meaning they have to film so many sketches in quick succession, but A Bit Of Fry And Laurie illustrates that you could be hugely varied and original on a budget of about fifty pence. Never is this better shown than in this brilliant piece of whimsy, generating absolute hilarity with just the cost of a treadmill. Indeed the complete lack of frills just enhances the humour. This is such a simple comedic concept – Hugh interviews someone who blatantly isn’t Michael Jackson, but the big laughs come from just how little effort they put into the impression. As well as the daft interview, though, the comedic centrepiece is the brilliantly nonsensical performance. The song is relentlessly stupid and would be worth it on its own, but nobody’s concentrating on that when you’ve also got Stephen’s fabulous dance moves, not least his jump-cum-skip off the treadmill which is just delightful. Yes, at the end of the day it is just a man in a suit dancing in a silly way. But what dancing it is.