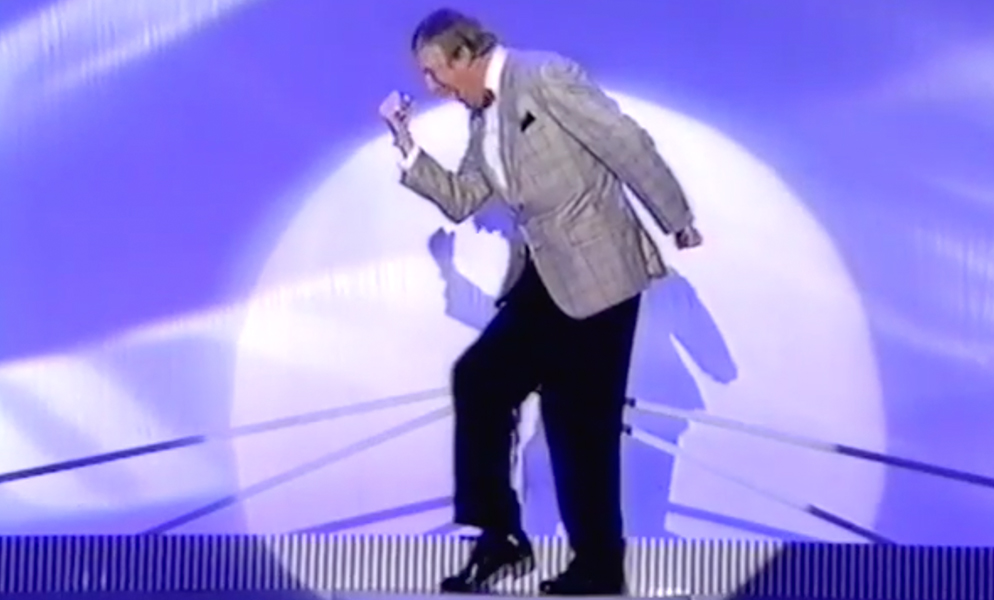 8pm BRUCE FORSYTH’S GENERATION GAME, BBC1
Everyone forgets it now, but the ultimate Saturday night show spent a couple of years on a Friday during Brucie’s second stint. In fact when it returned in 1990 it was initially on a Friday, presumably as the Beeb were a bit unsure about it, but it was a smash hit and hence the next year it was a Saturday night institution all over again. But the ratings started to flag a bit by the end of 1992, and with Noel’s House Party now the main attraction, in 1993 it was back to Fridays, while the short-lived Happy Families took its place as Noel’s warm-up – and failed dismally. Brucie put a brave face on it, not least as it gave him another catchphrase as he invited us to “make a date, Friday at eight!” Happily – thanks in part to a bizarre scheduling decision by ITV (see below) – the ratings rocketed in this slot and 12 months later, it was back where it belonged, allowing Brucie to take his leave on top of his game. That was the end of the Generation Game. We like to think so, anyway. 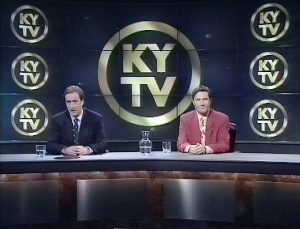 10pm KYTV, BBC2
Alongside Hitch-Hikers’, KYTV is surely the ultimate ‘it was better on the radio’ show, and sadly for the team, three months after it finished, along came The Day Today which totally redefined the world of media parody and made this look a bit toothless. But we were always very fond of it, and we still think it’s pretty ace, thanks to a constant stream of great jokes and wonderful performances from all the cast, with Angus demonstrating his immaculate comic timing and the late and much lamented Geoffrey Perkins illustrating he was just as exceptional a performer as he was a writer and producer. Alas, while BBC2 repeated the second series a million times, this third was never repeated in full, and the only one they did show again was the fly on the wall parody which we think is too horrible to be funny. But KYTV was a great series and we’re going to suck Quillies in tribute.

8pm YOU BET!, ITV
Ooh, it’s a battle of the Brucie shows, as his new (and also his old) series on the Beeb went head-to-head with his old (though newer) series on the light channel. Actually it’s easy to forget Brucie ever presented this series – certainly it got the shortest shrfit imaginable in his obits – though the format was spotted by his daughter on Dutch TV (it’s actually a German show) and Brucie personally suggested it to LWT as his next project. But in the end there was a bit too much straight presenting for his liking and not enough opportunities to muck about, and you could probably argue it was more successful under Matthew Kelly who could fade into the background more and ensure the format was the star. It did well enough too, usually on Saturday teatimes, but in 1993 it was here on Fridays as ITV decided to move the Friday episode of The Bill to Saturdays to do battle with a rampant Casualty. Unfortunately, its workaday drama seemed particularly out of place on a Saturday and the ratings plummeted, while You Bet was absolutely thrashed by the Gen Game, so within six months they’d embarrassingly moved it straight back again.


10.30pm PAUL MERTON – THE SERIES, C4
“What have you got in the way of fags?” “Nothing’s in the way of them, you can see them right there!” Well, while the nation’s top researchers continue to pore over acres of fragile archive film to discover the precise moment Paul Merton stopped bothering on Have I Got News For You, we can at least recall the period in the early 1990s when he was the biggest comedy star on TV with his Imperial Leather adverts and column in Family Circle, and delighting the nation with his performances on HIGNFY, this being the year of the Tub of Lard episode with his wonderful foreign language Missing Words round (“Some of those letters are upside down!”). But he never quite managed to convince as much with scripted material, and his own series, of which this was the second run, always received sniffy reviews. Actually we’re not sure how many of those weren’t just because he wasn’t doing anything particularly dangerous, instead indulging in his passion for Morecambe and Wise-inspired silliness and wordplay. We used to enjoy it and there were some lovely moments – including the epic never-ending dream-within-a-dream-within-a-dream-within-a-dream-within-a-dream sketch – but it was distinctly unfashionable and seemingly that was enough to convince the broadcasters he was only funny behind a desk. Innit marvellous.