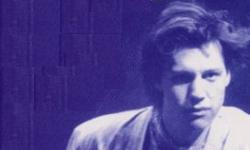 IT ALL STARTED when scarily young radio producer Armando Iannucci got fed up with a Capital Radio ‘news’ show that seemed to be about 3{30e2395aaf6397fd02d2c79d91a1fe7cbb73158454674890018aee9c53a0cb96} speech, and 97{30e2395aaf6397fd02d2c79d91a1fe7cbb73158454674890018aee9c53a0cb96} jingles telling you that you were listening to the news. In came controversial local radio DJ Chris Morris, who’d already got himself into the odd bit of trouble with invented news stories, and writers Stewart Lee and Richard Herring, who’d been trying and failing to get similar material onto Week Ending, and they came up with an all-too-plausible mockery of the pomposity of modern hi-tech news broadcasting. Joining Morris in the guise of regular characters like Alan Partridge, Monsignor Treeb-Lopez and Rosy May were Steve Coogan, Doon Mackichan, Patrick Marber, David Schneider and Rebecca Front, with moonlighting NME pisstakers David Quantick and Steven Wells throwing a couple of invented headlines into the mix. Show got very big very quickly, especially when a moaning journalist complained that he’d been late for work because of a story about tube stations slipping loose, leading to equally high watermark-setting TV adapation The Day Today, and numerous often equally strong spinoffs for a solo Alan Partridge. Also begat in various roundabout fashions The Saturday/Friday Night Armistice, Fist Of Fun, Brass Eye and Chris Morris’ Radio 1 show, and by virtue of influence The 11 O’Clock Show, The Office and Fonejacker. Yeah, thanks for that, Armando. Still blows virtually all other comedy shows ever made out of the water, as recent long overdue CD releases have proved, and invariably false rumours still circulate about one-off reunion specials.

Related Items:"how many baddies are dead?" - "good question sonny... my favourite weapon is SNARK", "that maelstrom of anarchic humour", "they have parked and they have parked and they have parked - they WILL NOT PARK AGAIN", "through the chicannnnnnnnnnne", "Yes it's time to go away/on a jolly holiday", Alan Partridge, an unimpressed Victor Lewis-Smith, Armando Iannucci, Chris Morris, David Quantick, David Schneider, Doon Mackichan, idiots scoffing at Lee & Herring seemingly not aware that there were some episodes where they wrote more material than Morris and Iannucci put together, Jenkins The Killer Whale, Patrick Marber, Rebecca Front, Richard Herring, Steve Coogan, Steven Wells, Stewart Lee, Thank God It's Satire Day
Share
Tweet
Share
Share
Email