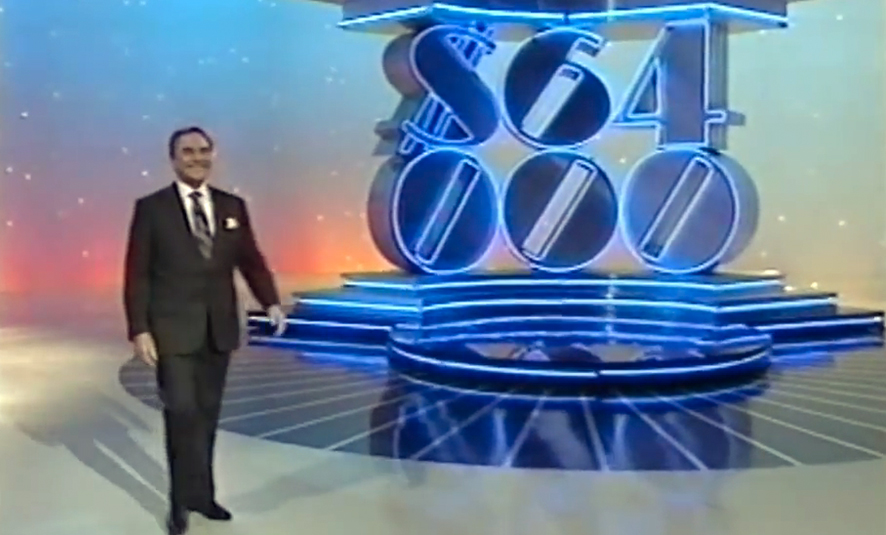 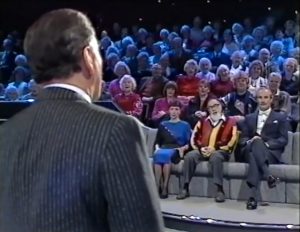 7.05pm THE $64,000 QUESTION, ITV
“64,000 welcomes to you!” – not one of Bob’s stickiest applications of funny putty. Tonight was the night he stepped out onto the glistening studio floor for the very first time, beneath the giant pointable lighting rig,  to tempt players up the multi-part money ladder towards an IBA-okayed  £6,400. For those who reached the upper echelons of potential cash, it was into the Isolator, an over-engineered booth that could have been an escape capsule from the Central TV ident mothership. The show would run for four series, finishing up in 1993 just in time to deliver Bob to his redemptive An Audience With, wherein he would be asking another $64,000 question: “If Barbara Knox, why is Lynda Bellingham?” 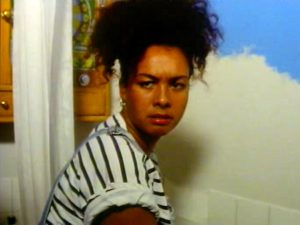 the fish-out-of-water detective drama, starring Buki ‘Gerry Peters-Smith in Eldorado’ Armstrong, and we’re at series two, episode four if you want to turn to the relevant page of your episode guides. “What exciting secret is detective Pearl Parker concealing from her partner?” wondered Radio Times. But actually, the bigger deal here was this instalment’s low key representation of a same-sex relationship between two women. It even opens with them kissing. In bed. Written by Barbara Machin, 10 years away from creating Waking The Dead but, get this, pretty much fresh off a writing stint on Tickle On The Tum. [Fumbles around looking for an explanation in song for the eccentric titling of that show]


9.00pm NAKED VIDEO, BBC2
“Video, video, video, video”… A rerun of the third series starts here, including a quickie that ends with the pay-off, “Where’s the rest of my donor kebab?” Braw laffs, from Queen Margaret Drive – best bit continuing to be Siadwel with his “Hello” catchphrase. But you’ll stay for the back-to-back dialogue-free sketches scored by that “Wha-wa-wa-wa-wow!” music, and Helen in the Wine Bar (“I went in there a young woman, and I came out a Tammy Wynette fan”).

9.30pm LOADS MORE MUCK AND MAGIC, C4
Tips for amateur organic gardeners, helmed by the excellently-named Rebecca Pow, but better known as the bailing out point for most viewers who had stopped by for Cheers at 9pm.