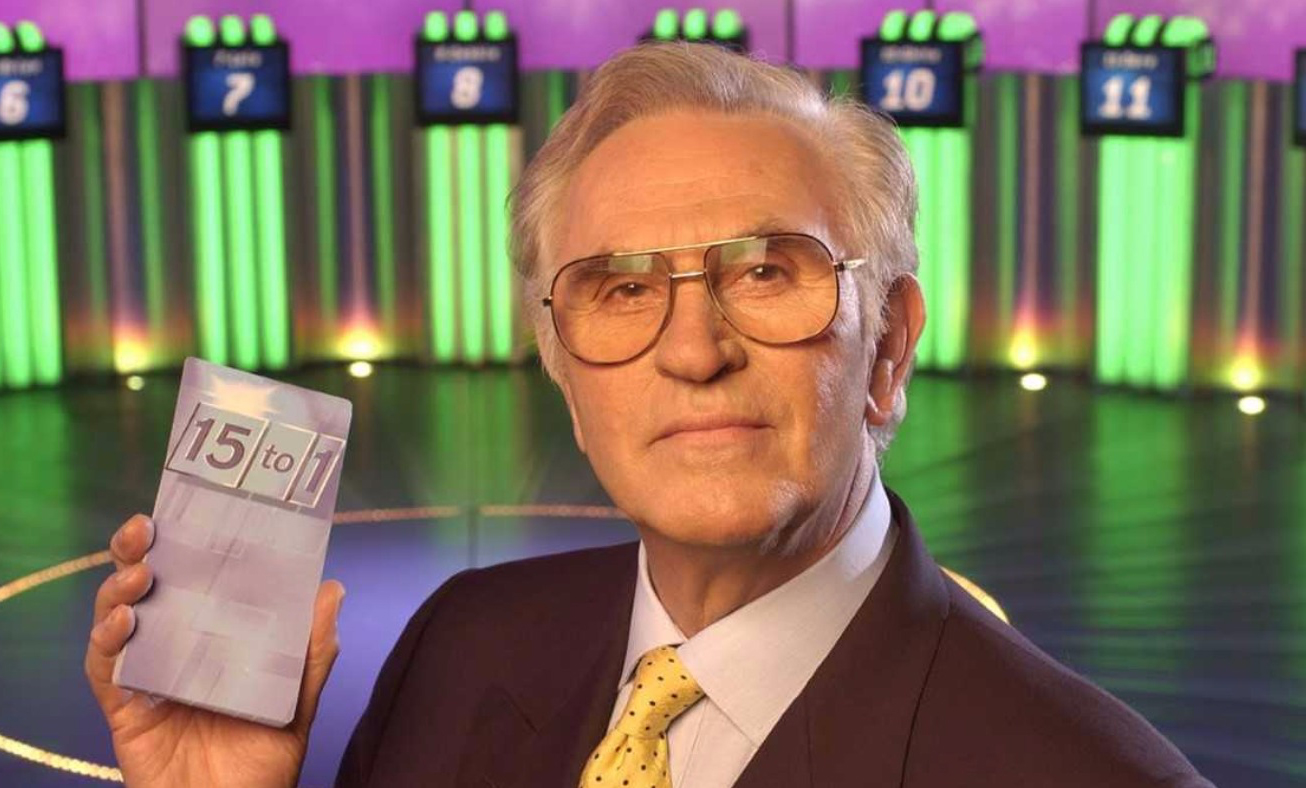 WILLIAM G STEWART moved seamlessly from ITV sitcom producer and PRICE IS RIGHT pink tracksuit-wearing warm-up ubergrupenfuehrer to high spec quizmaster on superior Channel 4 when-COUNTDOWN-wasn’t-on gameshowery. Was very much all about the questions, the contestants’ names read out in an opening roll call while they were pictured as if about to receive a death sentence. On walks William G to remind us how many questions, most of which he wrote, there are and where the former winner is placed, and off we go. The best shows were always those that left time at the end before William got to animatedly take the winner through the remaining questions in silhouette, because that meant bits of business clearing up queries about the wording of previous questions, trivia about trends in show winners, a chance to see a question card for ourselves and a continual fascination with the Elgin Marbles, even extending as far as a lengthy summary of the case and later a faux-special edition as part of a WITHOUT WALLS strand that both attracted the attention of the Broadcasting Standards Council. They ended up doing a special editions, FIFTEEN TO ONE SCRAPBOOK, in 1999 that only ever seemed to be repeated when the cricket ended early, among other things giving us a chance to see voiceover nabob and Susie Dent of the semicircle Laura, who it turned out on the last show is the present Mrs Stewart. The only show that gave away antique earthenware as series prizes. William’s range of catchprases (“I think the standard gets higher every year!”; “go away, enjoy the summer holidays and come back and see us in the autumn”) were never destined to catch on, though.