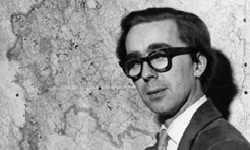 EARLY evening news roundup grim-athon much given to despair-inducing frowning over successive bleak major issues (the three day week, the miners’ strike, the Cold War, Tianneman Square… you name it, and PM fretted over it for days on end), oddly juxtaposed with often jovial-for-Radio-4 presenters such as William Hardcastle, Derek Cooper, Steve Race, Chris Lowe, Joan Bakewell and most incongruously Valerie Singleton. Special mention also for the various Radiophonic Workshop-derived theme tunes, which can still induce bleakness flashbacks to this day.