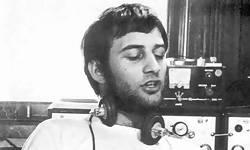 ODDLY-MONICKERED regal-aspirational and one of several jocks poached by the Beeb when Radio Caroline finally came to an end, along with Blackburn and Everett, and installed on a variety of slots, including Saturday mornings, Rosko’s Round Table, and early version of the Roadshow on Aberavon beach, all of it delivered in a ‘mindblowing’ transatlantic vocabulary all of his own (he was, in his own words, a “toe-tapping, hand-clapping, lean, mean record machine”). More traditionally known as ‘Mike Pasternak’, which was a pretty far-out name in itself back then.