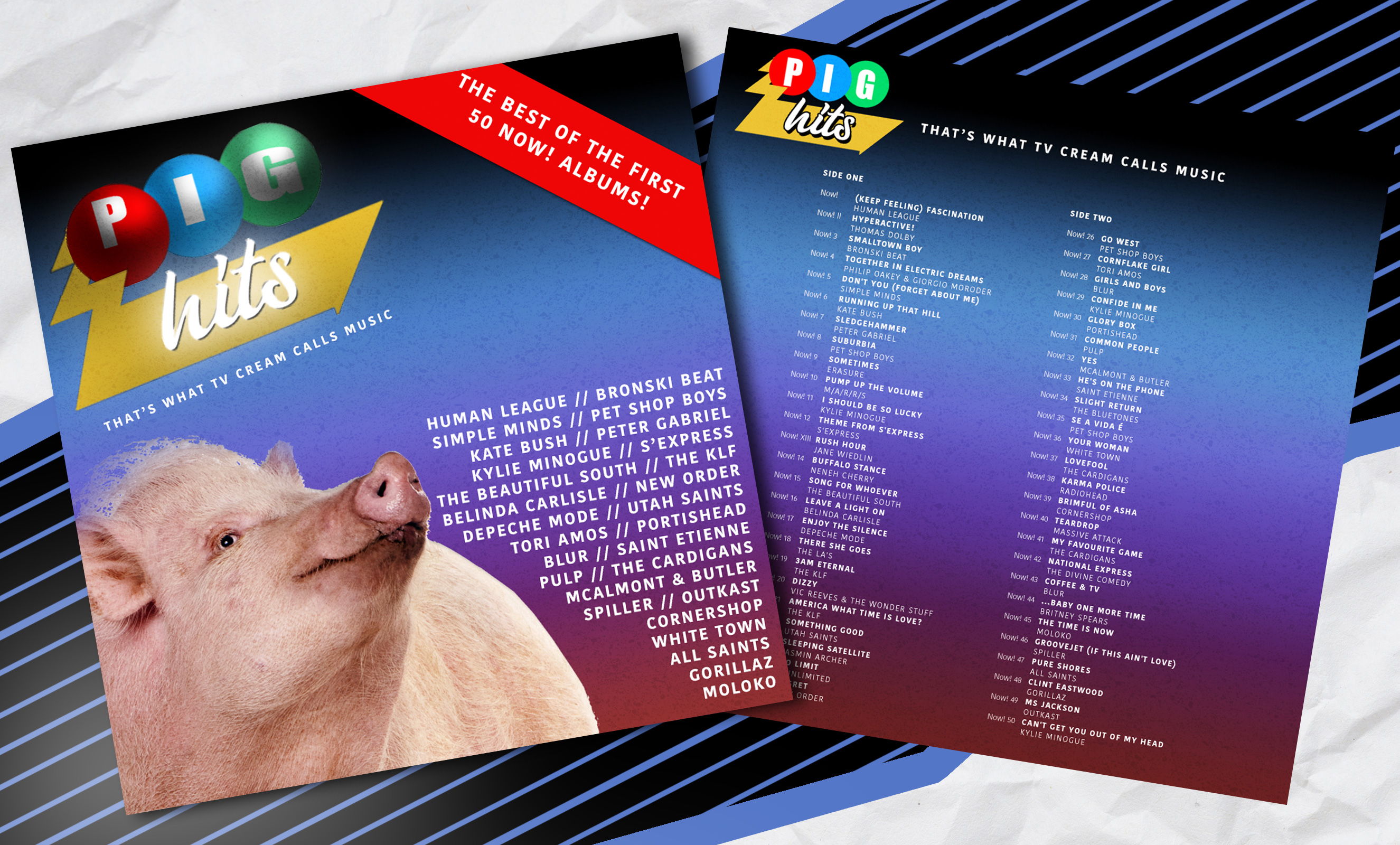 This is it – the pig one! We have reached the end of TV Cream’s reshaping of the first half of Now That’s What I Call Music!’s century – many more and we’d have needed to research all the tracks first – and created a crowdsourced counterpoint to Ashley Abram in letting the people pick from our choices of the best tracks from each of those double LPs/CDs/cassettes. 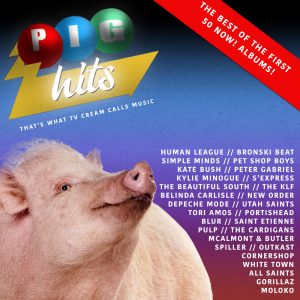 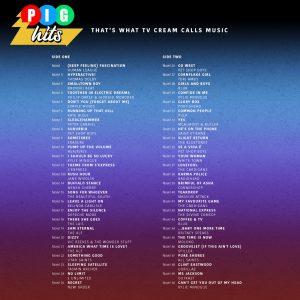