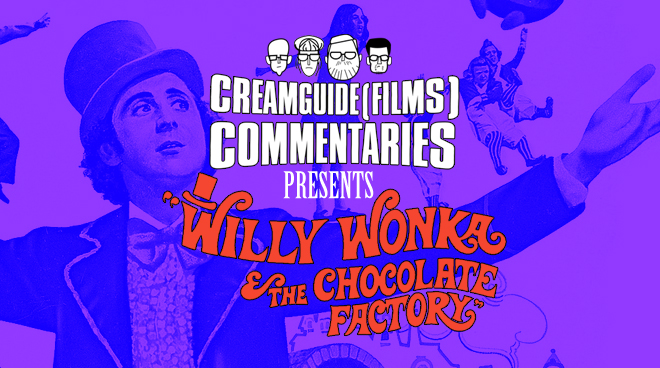 Come with TVC… and you’ll be… in a world of imaginative swearing! Join Chris, Craig, Jack as they discuss the massively popular 1971 mittel European weirdo General Foods advert WILLY WONKA & THE CHOCOLATE FACTORY in the company of returning actually-useful contributor Rose. Ponder the sheer wonderment of Gene Wilder’s hair as you turn the commentary on as the ident appears and enjoy.

Listen above, or download it (92.7 MB). If you haven’t already, you could also subscribe. And this is our RSS feed.

Right now, Soundcloud is on the fritz – so we can’t place the audio there as well. Sorry. LOOK, IT’S STRESSFUL FOR US TOO!