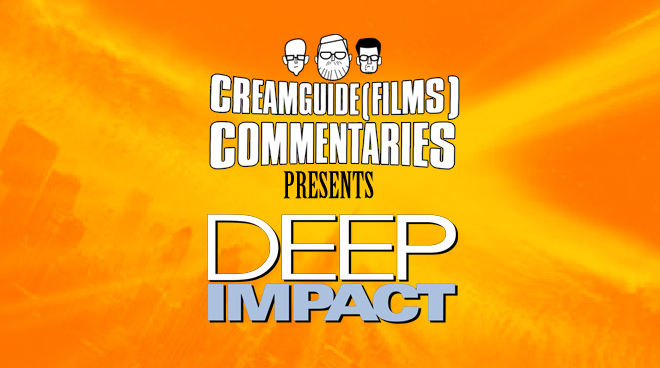 Creamguide(Films) rockets (!) back…to the future! with the very singularity of puzzlingly shit disaster epics: 1998’s DEEP IMPACT. Help Craig and Jack talk Chris down from a towering inferno of bafflement that has spanned two decades while they mix up Michael Biehn and Jurgen Prochnow and argue over the jelly tots on empire biscuits. There’s swearing, comedy fart noises and sheer rage in a film whose ineptitude is so big only the biggest of the big screens can do it justice.
And so – sigh – listen above, or download it (116 MB). If you haven’t already, you could also subscribe. And this is our RSS feed.

CREAMGUIDE(FILMS) COMMENTARIES will return with a timely CATASTROPHE!