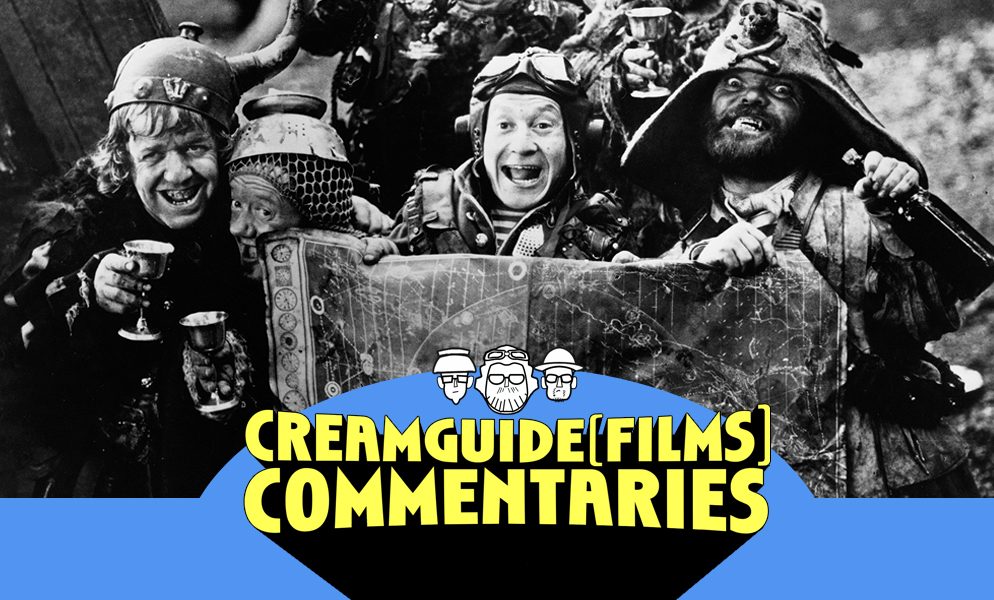 Welcome to 2018, with the first official release from Creamguide Films (Commentaries). The trio convene to assess Terry Gilliam’s best film (FACT) and in the process discover that Time Bandits is a perfect slice of cinema (except possibly for the bit with Michael Palin in Robin Hood era, which doesn’t quite land). Listen in also for the official rankings of Pythons from best to Eric Idle. If you don’t want to listen to the commentary using our player (above), then Download this episode (right click and save) (81 MB). Or, to save you all this hassle, just subscribe to our podcast via iTunes.