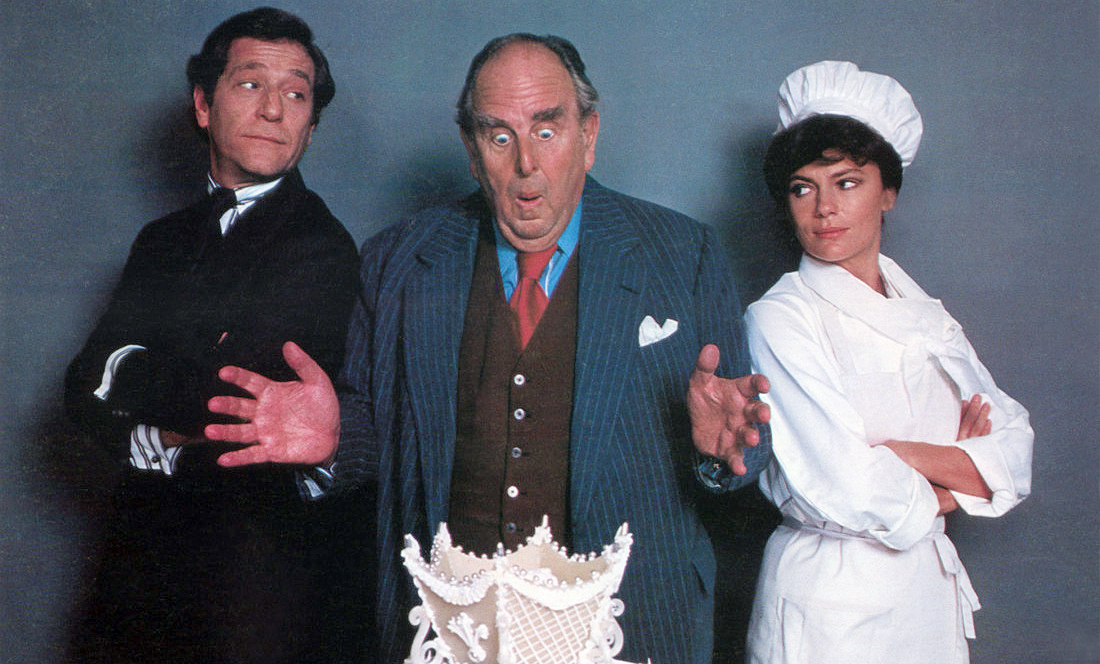 All-star, pan-European murder mystery comedy in which the whole of Interpol find themselves asking… ah, you’re ahead of us. Central to the film is Robert Morley, who turns in the expected baroque stylings as an insufferably arch food critic forced against his will to diet by doctor John le Mesurier. Morley becomes the chief suspect when the continent’s top names in cuisine, as named in an article by him, start kicking the bucket. There’s a nice tie-up with that other Morley scene-chewing classic, Theatre of Blood, here, as the deaths are all once again “appropriate” – a master baker is locked in his own oven, a man whose signature dish is pressed duck gets, well, pressed like a duck, etc. The suspects mount up – Jean Rochefort is a jealous chef left off Morley’s list, Jacqueline Bisset is a dessert specialist, who should be the last to cop it, and George Segal is her chef-hating, hamburger chain-owning husband. A feast of food, sumptuous interiors and pan-continental scenery is, as you’d expect, on hand, as is a top cast with the likes of Frank Windsor, Peter Sallis, Joss Ackland and Nigel Havers keeping the British end up.