You’ve perused the Christmas Radio Times for the 29th desperate time. You’ve cast aside your one genuine “surprise” present – a celebrity biography – as a cloud of seasonal ennui descends. You’ve even resorted to nibbling the bruised satsuma that was at the bottom of your stocking.

In short, you are at a complete loss.

Below you’ll find no fewer than 50 questions* to tax your grey cells on all those familiar Creamy concerns: telly, radio, films, comics, computers and music.

No prizes are on offer, save grotesque self-satisfaction and 76 Simon Mayo Golden Hour points (one for every time he played ‘Breakfast At Tiffany’s’ by Deep Blue Something in 1996).

But if you want to email your answers, we’ll namecheck whoever does best at the same time as printing the solutions, in the next decade. Enjoy!

*A lie. On reflection there seem to be 52. One for each week of the year, then.

LET’S GET THE NETWORK TOGETHER, IT’S SATURDAY NIGHT! 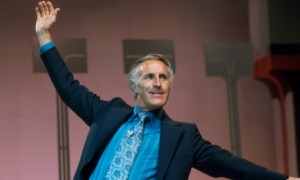 1. “BUM” can mean lots of things, but in the history of Saturday night television it is an acronym. So what does it stand for?

2. According to Paul Smith, before giving the gig to Denis Norden, who did Michael Grade suggest should present IT’LL BE ALRIGHT ON THE NIGHT?

3. Which small-time Saturday night entertainer has said in more than one press interview down the years “I’ve had more pilots than British Airways”?

4. The 1970s Victor comic-strip “Johnny Gets The Runs” was about what activity?

5. In 1973, Bill Oddie changed his preferred reading from The Beano comic to Cor!! What prompted his defection?

6. What was the connection between Hurricane comics’ Hurry of the Hammers and Tiger’s Roy of the Rovers? 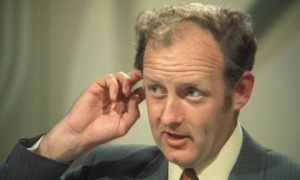 7. When Brian Moore joined LWT in 1969, he was one of two people considered for the top commentary position. Which former BBC radio colleague was the other?

8. At which ground did the penalty spot need repainting during a 1977 MATCH OF THE DAY game against Derby?

9. Which big name from another sport was screen-tested for FOOTBALL FOCUS when Gary Lineker moved up to MATCH OF THE DAY after Des Lynam jumped ship?

11. Today it’s a hazelnut, but Quality Street favourite “the purple one” once contained which nut?

12. Cadbury’s Roses launched in which year? 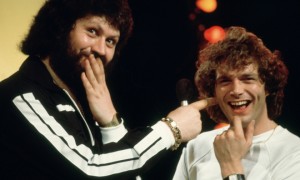 14. From which Lancashire town did Blancmange hail?

16. “From where came was probably everyone owes well-known. He was a man of the Mrs. Women loved its punk”.

17. “Its yellow sax knows all the streets by heart, all small bars, all black corners”.

18. “Crying it will be, when remembering a love that one day it did not know to take care of”. 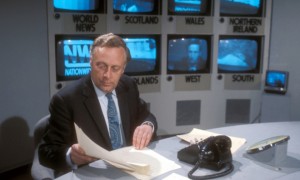 19. Of which year did the NATIONWIDE team seek to rally the nation’s spirits with the cry “Was It Really That Bad?”?

20. Which man-of-a-thousand-voices Scot turned up as a judge in the first Nationwide Cook of the Realm competition in 1971?

21. What was the name of the ‘Wide’s special advice shop manned by Valerie Singleton and Richard Stilgoe?

22. The first series of which long-running radio current affairs spoof investigated why a town twenty miles north of Birmingham was demolished to make way for London’s third airport?

23. What was the name of the shop-bothering Mobile Phone Stuntman on THE CHRIS MORRIS MUSIC SHOW?

24. Which series was introduced by the washed-up “McKay off of ABC TV’s STAR ARK and inventor of the Interstellar Laser Ray Gun toy”, and who played him?

26. Who was the first actor to notch up an appearance in both the new and original series of DR WHO?

27. Who was the first TV personality to make an appearance as themselves in the original run of DR WHO?

28. Name the two comedians who replaced Trevor and Simon for one series of GOING LIVE.

29. What’s next in this sequence – THE SATURDAY PICTURE SHOW, IT’S WICKED, ON THE WATERFRONT, UP2U?

30. What’s the connection between Isla St. Clair and Fearne Cotton?

WHETHER THE WEATHERFIELD BE FINE 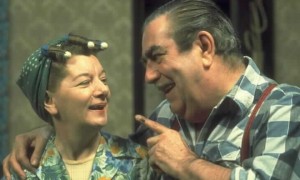 31. What is the connection between Debra Stephenson, off of BAD GIRLS and BOB SAYS OPPORTUNITY KNOCKS, and British character actor Sam Kydd?

32. How many actresses have played the role of Deirdre’s truculent tapes-obsessed offspring Tracy?

33. Derek Wilton died of a heart attack following a road rage incident, but what was distinct about the vehicle he was driving at the time?

34. We all know Captain Scarlet’s real name was Paul Metcalfe, but who was Conrad Turner? 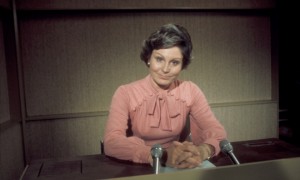 37. Chris Evans’s impending return to breakfast radio may have divided opinion, but it surely won’t plumb the depths of his golf-related Channel 4 series. What was the show called?

FROM SMALL SCREEN TO BIG LAUGHS

40. What was the name of the greyhound Harold bought from Frankie Barrow, the Godfather of Shepherd’s Bush, instead of a new horse to replace Hercules in STEPTOE AND SON RIDE AGAIN?

41. In the film version of PORRIDGE, what did Mr Mackay lose in the curry carefully prepared by Godber and Lotterby?

42. In the film version of THE LIKELY LADS, Bob says to Terry: “In the chocolate box of life, the top layer is already gone. And someone’s nicked the [BLANK] from the bottom”. Fill in the blank or blanks.

43. Who replaced the only recently deceased Richard Beckinsale for the big screen version of RISING DAMP?

44. In Tony Hancock’s protracted Half Hour THE REBEL, what was the name of the painting he claimed to have hanging in the Tate Gallery, and which he described on the luxury yacht prior to his escaping back to England?

R Tape Loading Error: three questions end up crammed into one with 16 whole k’s worth of questions on computery things of yore 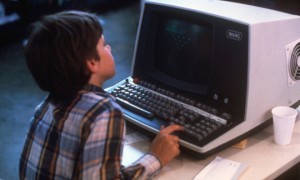 45. In the film WAR GAMES, what does WOPR stand for; what was the name of the rubbish American reporter who used to turn up from time to time on CITV’s BAD INFLUENCE; and which computer did the 1986 Domesday Project run on?

46. In which London tube station should bowler-hatted civil servants and wooden American leading men alike be particularly wary of hearing the phrase “Mind The Doors”?

47. To which venerable institution do Susan George, Gary Kemp and Matthew “Stuff” Wright owe an early break in their respective careers?

48. Run by two New Yorkers – a brash lawyer and a bookish, antisocial producer – which British film company went from peddling rock’n’roll showcases, via Hitchcock rip-offs, to making a series of classic horror films by sticking lots of stories together and doing little holes round the edges, and ended up sending a certain blonde Californian actor to fight off a variety of monsters underground?

49. Terry-Thomas is bled dry. Penelope Wilton’s cousin is devoured by locusts. Honor Blackman’s hubby is speared by a brass unicorn. Who is to blame?

50. What was Audrey Hepburn’s one and only line in LAUGHTER IN PARADISE, her delivery of which so impressed producers she was offered a seven year contract on the spot?