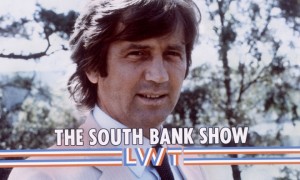 Never go back said Stephen Fry, but it seems Lord Melvyn of Borderland can’t wait to do precisely that. He’s been offered a bauble by the ITV mafia, and he’s grabbed it with both of his I’m-bonkbustering-Cumbria hands.

It’s all very unnecessary and undiginified, especially as there was a decent burial for the proper South Bank Show the other month, where everyone including Prince Charles turned up to moan at ITV. But by being unnecessary and undignified, it is at least in keeping with the character of its forefather’s last decade on this earth.

Don’t do it, Melvyn. Don’t do a Double Goodbye. Your troth best lies with refereeing squabbling academics on Thursday mornings on Radio 4.