It’s the new money, you know! 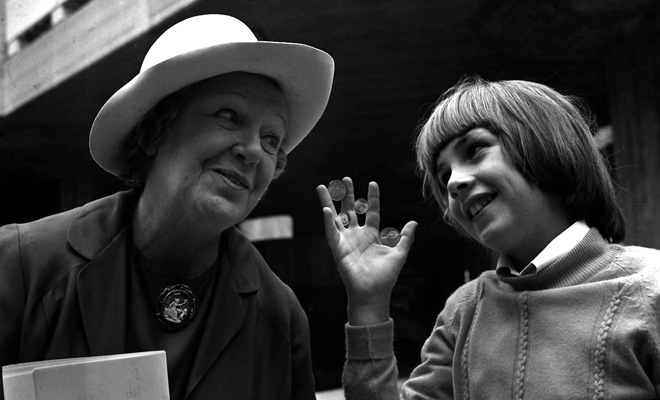 Doris Hare smiles maternally at a coin-fisted Christopher Ellis during a photo shoot to promote Granny Knows Best, the somewhat over-egged 25-minute PIFfer that did the rounds for a full 12 months before D-day. "Any problems which I may have, which I haven't, are my problems! You and your decimals: you've all been brainwashed!" 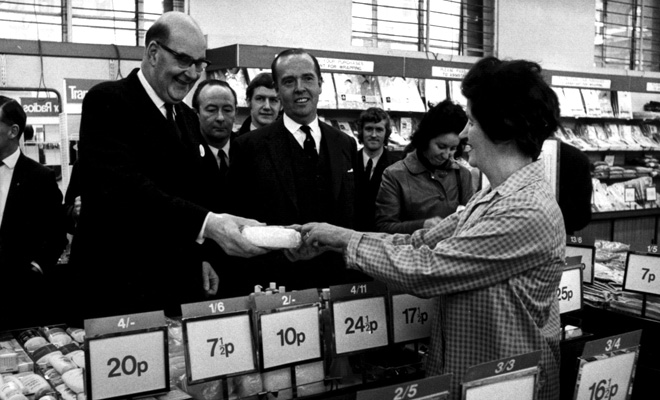 The splendidly-titled Lord Fiske, head of the splendidly-titled Decimal Currency Board, drops into a branch of Woolworths on The Strand on Decimalisation Day (15 February 1971) to make sure all his lovely new stencilled price tags are properly in place. We're not quite sure what he's so pleased to be purchasing from Mrs Chequered-Blouse; a discreet toiletry perhaps? 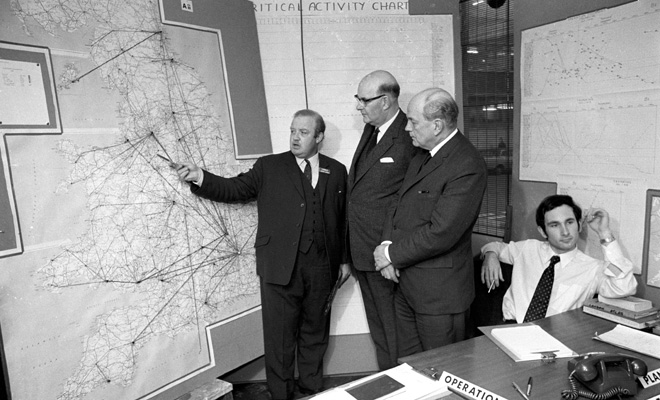 Here's where David Cameron's been going wrong with his 'big society': he needs a big map with bits of wool on it. Pictured is the headquarters of Operation Check-Point (sic), which was set up to supervise the movement of cheques for pre-decimal clearance. Operation controller Mr Ian Donald wields the small pointed stick; Lord Fiske, together with Mr Bernard Sharp (chairman of the Banks Decimalisation Committee), look on. 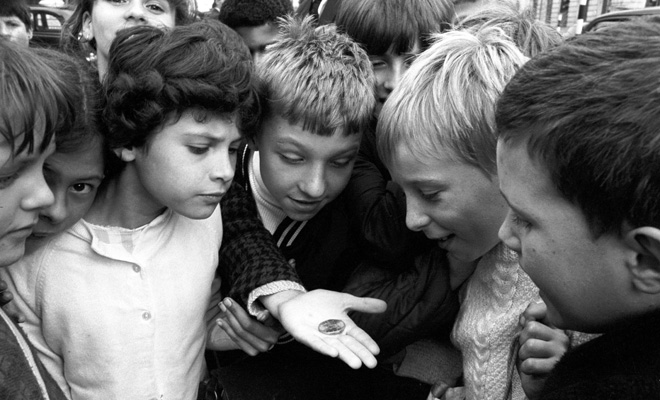 Ver kids get to grips with the new money. Boys were allowed only to gaze upon the coins to begin with. 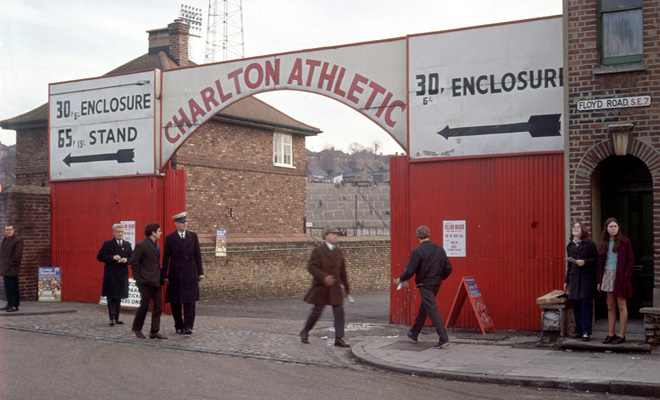 In glorious technicolour, the main entrance to Charlton Athletic FC, replete with a cast of early 70s everydayers: an authority figure in a cap; an old man in suit and tie; two bored-looking women; an anoraked chancer in spats; and Raffles, Gentleman Thief. 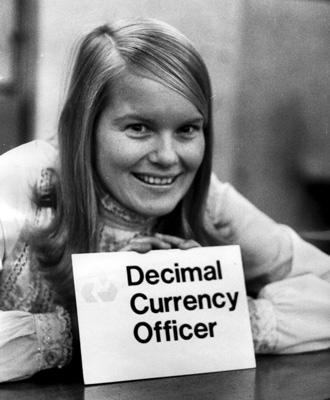 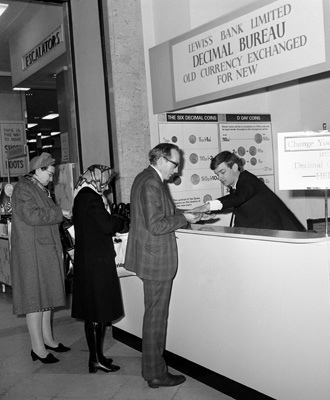 A "Decimal Bureau", newly-installed inside Lewis's of Oxford Street in London, intended to help shoppers (women in headscarves) and others (suited businessmen) not get too florid over their florins. 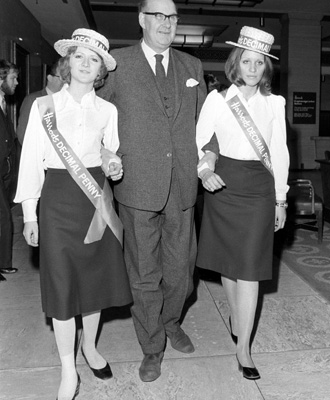 Lord Fiske steps out with a pair of "Decimal Pennies": two of the 75 (count 'em) girls (not women) trained to assist customers in London shops (in this instance, Harrods) who might have difficulty with the new money. Take a bow, Sally Annadale (20) and Vivienne Dench (22 - cheer up, love!) 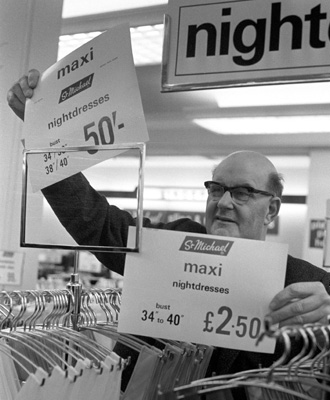 More from the Right Honourable Lord Fiske of Decimalia, here attending to a matter of such importance that it can only be addressed at the most senior levels: incorrect signage above a display of Maxi nightdresses. Bust? Let's hope not, you've only just introduced the new currency!