Today’s clue is of a sporting bent, so who better to deliver it than Desmond Lynam, photographed exclusively for TV Cream earlier today. 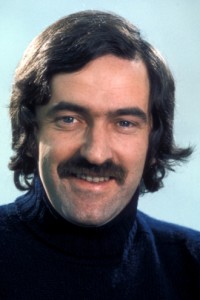 “Hello. So you’ve heard there’s a puzzle trail on?

“Well, let me tell you, I don’t know where the treasure is, but I do know it’s not to be found in the square the shares its name with a very prestigious sporting event – one, moreover, that used to be on the BBC year in year out, then went over to the other side, but is now safely back where it belongs.

“Unlike yours truly, but hey, what’s another year?”