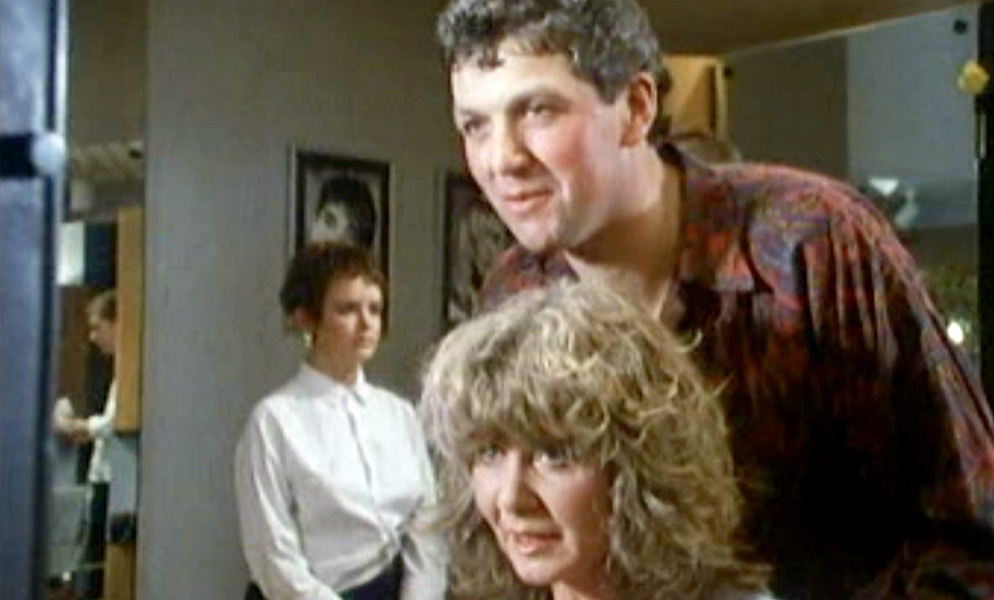 10pm IN AT THE DEEP END, BBC1
In the space of just three months, Paul Heiney must learn how to cut the hair of a “celebrity lady” for a “gala West End occasion”. Exchanging his tank top for a baggy shirt and linen trousers, our man embarks on a formidable apprenticeship which involves sweeping the floor, disinfecting combs and shampooing Anita Harris. The search for a “celebrity lady” doesn’t go well, alas (“Over 100 beautiful women have said no”), as Paul leafs through the ‘L’ section of Spotlight gazing fruitlessly at Liza Goddard and Lorraine Chase. But eventually, no less a figure than Jilly Cooper consents to be subjected to something called The Shake (“What’s that?” “Mousse!”) for her appearance at the British Hairdressing Awards, an event that is plainly an A-list shindig (“The compere for the evening… Jan Leeming!”). Needless to say, our hero’s efforts are nothing short of a triumph. Sort of. 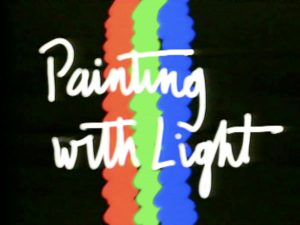 8.25pm PAINTING WITH LIGHT, BBC2
Best described as a sort of digital Paint Along With Nancy (although not as good as that sounds), this series gave a quartet of artists the chance to trade their palettes for the Quantel Paintbox, the 1980s graphics package forever described as a “box of tricks” and responsible for both the triumphant futuristic cityscapes in The Tripods and the earlier-today-a-woman-rang-the-BBC-era weather maps. In tonight’s session, veteran Australian painter Sir Sidney Nolan creates some “striking” collages involving Ned Kelly and helicopters.

8.30pm WHO’S THE GREATEST?,  ITV
It’s the question that has echoed through the generations: who is the finest tennis player of all time – John McEnroe or Rod Laver? And who better to settle this eternal conundrum once and for all than Pete Murray and Gloria Hunniford? In this short-lived series, two celebrity advocates attempted to resolve a succession of sporting pub arguments, making their case for “the greatest” to a jury of 12 neutrals under the jurisdiction of Brian Moore. Although we’d rather have watched a programme which decided who’s the greatest, Pete Murray or Gloria Hunniford?

9.05pm THE MEDIA SHOW, Channel 4
The ITV mafia might have got the network together for Brucie, but not for everyone else, as this forensic investigation into the light channel set out to prove. In short, the “Big Five” stitched up the schedules to ensure a slot for a string of hopeless Yorkshire TV sitcoms, while the TSW bra never made it into primetime. The programme also promised an audit of TVS, the most bitter critics of the ITV power game, although it probably didn’t help that Number 73 was well down the dumper by this point.