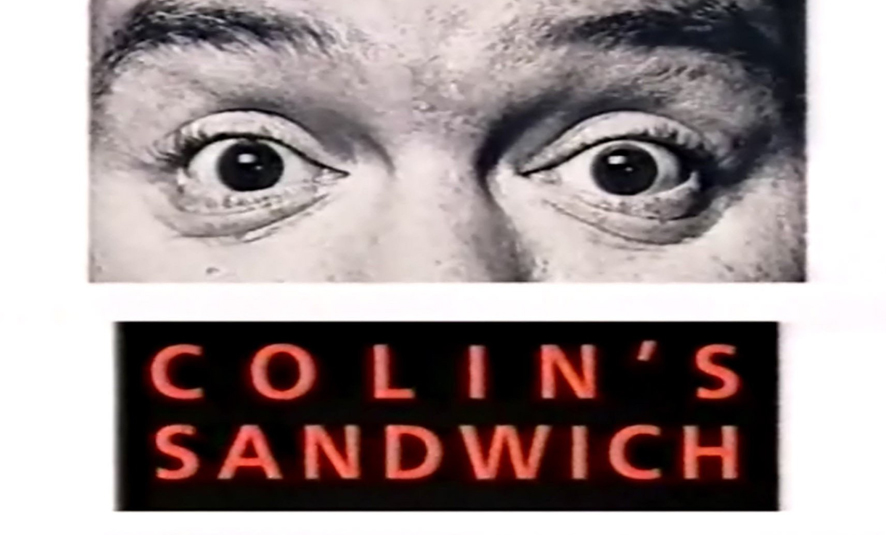 9.00pm COLIN’S SANDWICH, BBC2
It didn’t exactly help that it was heralded in some quarters as “the new Hancock”, but Colin’s Sandwich did its best to live up to the comparison, thanks to some thoughtful, understated writing from Paul Smith and Terry Kyan, and the majestically worried face of Mel Smith as our downbeat hero Colin Watkins (possibly the most on-the-nose mundane sitcom name of all time), aspiring horror writer and British Rail complaints clerk (possibly the most on-the-nose mundane sitcom job of all time). The thing we liked about Colin’s Sandwich was that he wasn’t a total sitcom loser – he clearly had some talent as an author – it’s just that his assorted neuroses and social inhibitions conspired to stop him appreciating life. And you have to root for someone who picks the Theme From Top Cat for his imaginary Desert Island Discs playlist. 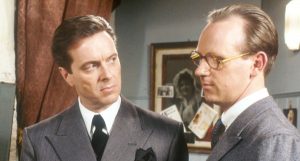 What-ho, it’s none other than bally Peter Davison (don’t worry, we’ll stop the 1930s patter in a minute) as the dashing gentleman detective (“Albert Campion, coups neatly executed, nothing sordid, vulgar or plebeian, deserving cases preferred, police no object”), from the books of Margery Allingham. In tonight’s wizard adventure, our man investigates the case of an enigmatic prankster tormenting a theatrical star, played by Ian “Oglefun” Ogilvy, with the aid of Brian Glover as his faithful manservant Magrsfontein Lugg (yes, it was that sort of show). Being the renaissance man he is, Peter even contributed some mellifluous fa-la-las to the theme tune for the first season but, alas, his tuneful tones had been dropped by the time this second series appeared on our screens.

7.30pm CORONATION STREET, ITV
The luxury of a thrice-weekly rendezvous on “the cobbles” was still a new thing around this time, and the introduction of a Friday instalment heralded something of a golden era for the Street, we’re saying, with the arrival of the McDonald clan, Des and Steph Barnes, and lascivious superstore kingpin Reg Holdsworth. In this episode, Mike Baldwin is undercutting rag trade rival Peter Ingram (played by Tony Osoba, aka McLaren off of Porridge) on that critical “travel bags deal”, while developer Maurice Jones (the bloke who built the new houses on the site of Baldwin’s Casuals) is moving furniture into number 6, and, best of all, Derek Wilton is starting his new job working for his nemesis Victor at Pendlebury Paper Products, only to discover that his role involves being warehouse boy as well as sales rep. And if the name Victor Pendlebury doesn’t put a little bit of joy in your heart then you have no soul. 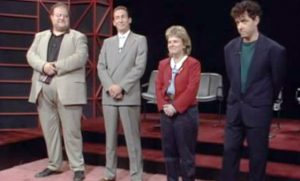 10.00pm, WHOSE LINE IS IT ANYWAY?, Channel 4
Behold the frantic saxophone theme tune, it’s time for another session of improvisational comedy (and we’re calling it that because we refuse to be in the same postcode as the word “improv”), with Mike McShane, Chris Langham, John Sessions and, “from the Comedy Store Players”, Sandi Toksvig standing awkwardly in a line for a few rounds of Party Quirks, Film Dub and Props (and who’ll be the first person to put their prop on their head in a fit of desperation?) before heading for the World’s Worst step, while Clive Anderson buzzes the buzzer and gets at least one laugh when nobody shouts out a suggestion.