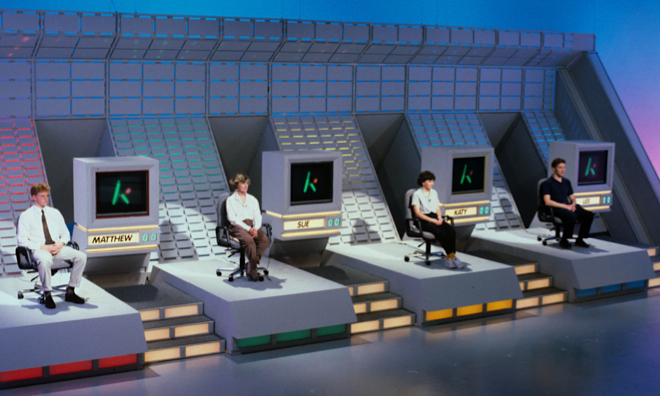 SUPERLATIVE GREY CELLS weeknight workout, hosted by the unflappable Uncle GORDON BURNS in a quest to find “the UK’s superperson”. Anyone could enter, so long as you had an IQ of 200-odd and could run a marathon on a wet and windy day in a colour co-ordinated jumpsuit. Contestants were always middle management types – computer analysts, personnel supervisors, recruitment consultants – from middle England, and who were put through rounds in never-changing, uber-strict order:

2) RESPONSE: Contestants must land a massive fuck-off expensive piece of aircraft – in a simulator, “thankfully!”

3) OBSERVATION: Everyone sits in chairs and watches a short film, before getting the old SCREEN TEST “what happened then?”, “What did he have in his hand?” stuff. Initially these were archive clips, but later became more full-blown specially-staged comedy skits with the likes of TONY SLATTERY and KATE COPSTICK or STEVE COOGAN doing impressions. 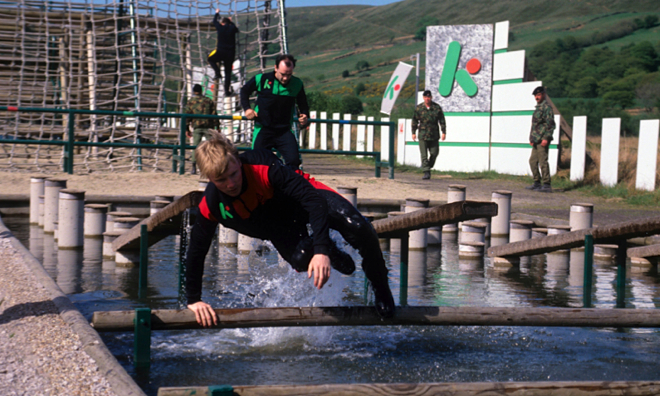 4) PHYSICAL AGILITY: Over “a course that demands respect” on the dampest bit of the Lancashire moors available, the contestants try their luck on an adventure playground-style combination of balance beam, tunnel, tarpaulin, climbing net and the obligatory “death slide” finale into (hopefully) a pool of shitty water.

5) INTELLIGENCE: In which the contestants have but a couple of minutes to assemble a fiendishly-complicated perspex model while Gordon provides viewers with whispered asides (“The key to solving the whole puzzle is to start at the bottom”)

6) GENERAL KNOWLEDGE: Your bog-standard buzzer round, only with each contestant in starkly-lit profile for added tension.

Completing the majestic mix was the way everyone got a “Krypton Factor of…” instead of points, and the imperial theme tune by The Art Of Noise. 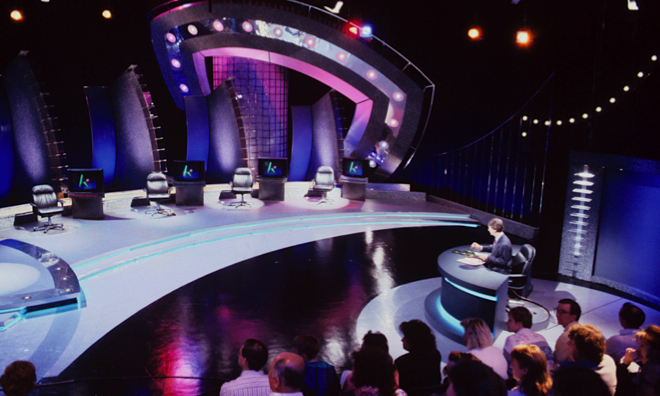