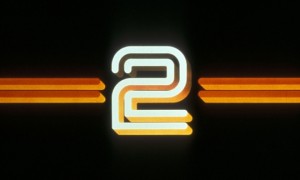 Wimbledon got moved from BBC2 to BBC1 on Monday night, and will probably get moved again on Wednesday evening.

As is the way of these things, the likes of EastEnders and (presumably) Celebrity MasterChef get shunted in the opposite direction, while repeats, even if they’re the second half of a story (like Wednesday’s Waking the Dead) simply vanish.

Not that we’re complaining.

A bit of a schedule-go-round is always welcome these days, by virtue of being so rarely essayed by the present stiff-and-starch-shirted BBC.

A few years back Greg Dyke thought nothing of junking bits of the Beeb’s output if he thought the viewers deserved a treat, like when he parachuted a repeat of an England football game into the schedule because John Motson rang him up and suggested he should.

Further back, though, you got wholesale decampments of BBC1 over to BBC2 more regularly. It always happened on Budget Day, for instance. Coverage of the party conferences usually kicked a few isolated BBC1 offerings over to its sister channel.

Then you had several episodes of Degrassi Junior High summarily hounded from the 5.10pm slot on BBC1 over to 6pm on BBC2 because they contained references to – erk – breasts (“She’s so flat the walls are jealous!”) and contraceptives.

When the first Gulf War broke out, giant coverage loomed across the BBC1 schedules, replete with a giant cardboard Saddam Hussein looming behind its presenters, while children’s programmes (forever the victim) ran for cover.

Any other channel hops that stick in the mind?

Once, lest we forget, the Wimbledon men’s singles final was always on BBC2, because it was on a Sunday, and Grandstand on Sunday was, by law, on BBC2…