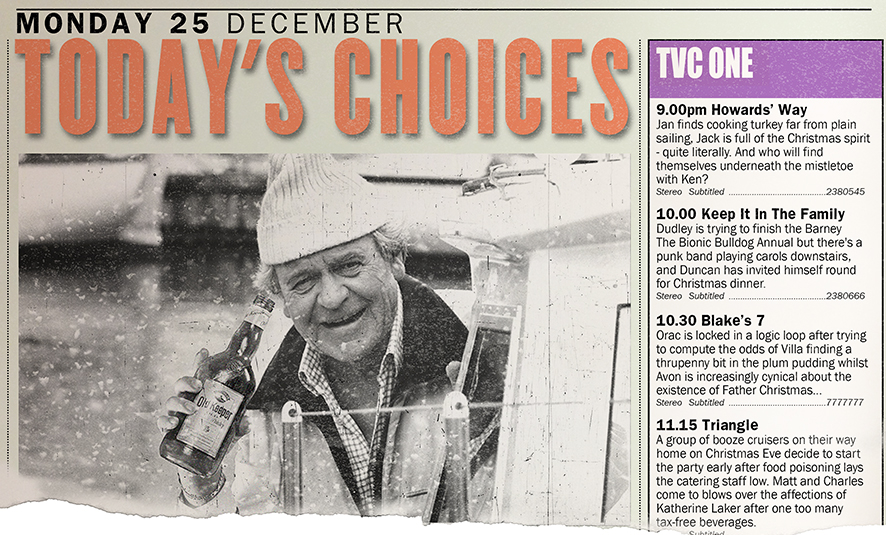 Call The Midwife? By all means Call The Midwife. Open All Hours? Okay. But what about all the other deserving shows over the years that never received a well-deserved Christmas special? Good question! And so TV Cream asked its friends on Twitter to spitball ideas for festive episodes of favourite shows. Here are some of our favourite pitches…

Triangle – A group of booze cruisers on their way home on Christmas Eve decide to start the party early after food poisoning lays the catering staff low.

– Matt and Charles come to blows over the affections of Katherine Laker after one too many tax-free beverages. 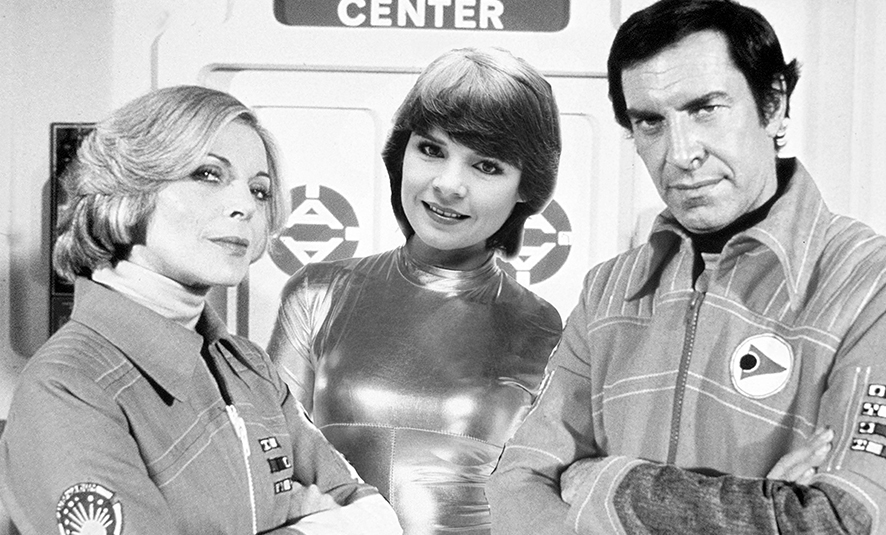 Space: 1999 – Alan and Koenig search a planet for resources to make decorations to teach the children of Alpha the meaning of Christmas. Discover living bloodsucking tinsel and Dana as a god-like singing pixie who may be the Virgin Mary.

The Great Egg Nog Race. Heinz and teams representing Birmingham Poly, the Royal College of Engineering and The Kings Singers must work out how to get an entire set of Christmas lights working in series and parallel. Johnny Ball explains how crackers work.

The Professionals. Ends with a chase through a department store with Doyle in a Santa jacket. Closing gag is Bodie saying he should "…lay off the mince pies!" ['joke' wah wah sting].

The Brothers: Brian's mortified when Ann makes a fool of herself at Hammond's Christmas party, while for Jennifer and Ted it's not just the trifle that falls flat. Meanwhile, the hunt is on for Mary's handbag. 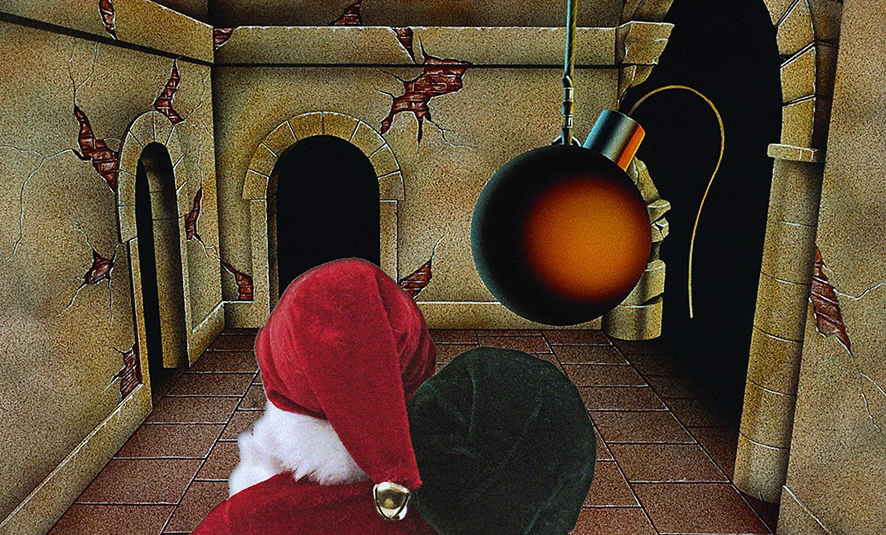 A CITV special of Knightmare.
Oversized Santa hat instead of the helmet, Chrimbo stocking instead of a knapsack, Tregard all clobbered up in the Father Christmas gear, etc.
And yet all dungeon traps and challenges must still be hard and sadistic, those swotty spods can handle it.

@tvcream Slinger's Day: In a bid to boost profits, Cecil Slinger has decided to open the supermarket on Christmas Day, but to boost morale, he's arranged a special guest appearance from… Bruce Forsyth! ("What? He doesn't look anything like me! I'm much better looking!")

Me, You and Him

Me You & Him – ever-unpopular Harry is locked in an office closet at the Xmas do by colleagues seeking revenge for his year-round awfulness. Mark + John spend Xmas Eve desperately trying to find someone with keys so he can get to his special reconciliatory Xmas dinner with Clare.

And a few more thoughts…

Keep It In The Family
Dudley is frantically trying to finish the Barney The Bionic Bulldog Annual (which, for plot reasons, is being printed the week before Christmas), but Duncan has invited himself round for Christmas dinner, and the girls have invited a punk band (‘Acne Central’) to rehearse Christmas carols downstairs (Susan: “Cheer up, Dad, they’re doing requests.” Dudley: “How about Silent Night!?”).

Doctor Who (1983)
The Doctor is trying to get Tegan back home in time for Christmas on the beach, but instead, he finds himself duelling with the Master to foil his latest unwieldy plot to conquer the universe, before arriving in Australia just in time to help England win the Ashes (“Strewth, that ball was out of this world!”). Featuring guest appearances from Lorraine Chase, Roy Kinnear and Dennis Lillee.

Torchwood
It’s Christmas Eve in the Hub and all is quiet, apart from the usual swearing and shagging. But a breach in whatever that thing in Cardiff was (the Rift? We dunno) suddenly sends the team back in time to 1856 (Ianto: “It’s cold, bleak and there’s nothing to do… no change there, then!”) before everything gets sorted out in time for the heart-warming finale. Jack: “Peace and goodwill to all men – and I mean ALL men!” (wink to camera).