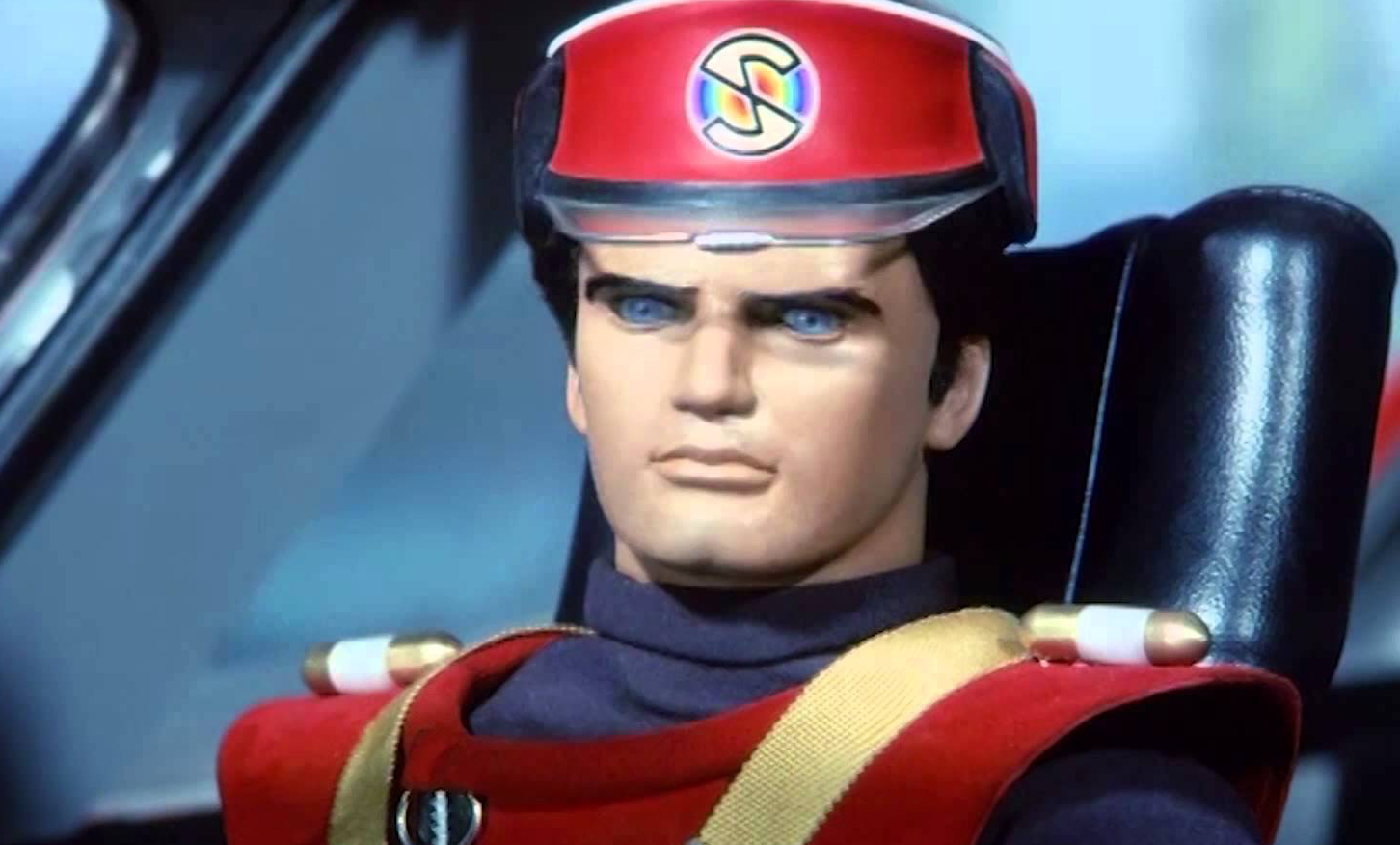 LATE PERIOD Andersoniana (tell-tale signs: small heads, no walking, strings only partially visible) came up trumps with the tales of “one man whom fate has made indestructible” versus the Mysterons (deep-voiced torch beams). Spectrum, requisite giant world security command base, was green; sidekick Colonel White, other Captains Blue (ordinary joe), Grey (pity the poor sod who landed that one), Magenta (a bloke!) and Ochre (the posh one, inevitably). Ably supported by dolly bird pilots of Angel Interceptors (Destiny, Melody, Rhapsody, Harmony, Symphony). Shitloads of ace gadgets and wheels, including those SPVs (armoured blue tanks where the driver faced backwards), that red pointy car, that rotating desk and conveyor belts (again to avoid walking etc.), all in the floating (as you do) Cloudbase HQ. Captain Black (do you see!) was the martian allied defector. All top stuff and way superior to the concurrent JOE 90. FRANCIS MATTHEWS voiced the eponymous hero with a pretty fair approximation of CARY GRANT; ED BISHOP, Gerry’s missus and DONALD GREY were among the other pipesmiths.