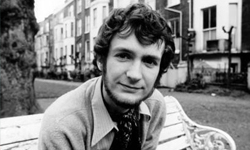 THE ORIGINAL – and best – Zany Bearded Funster, Kenny Everett’s radio days have been not unreasonably overshadowed by his TV work, but the wireless was his first love and boy did it show. Starting off as a bedroom tape-maker obsessed with the strange noises boinging out of his wireless courtesy of The Goon Show, continuity announcers, tape-fiddler extraordinaire Jack Jackson and cutting-edge pop discs overseen by the likes of Joe Meek and George Martin, more through naivety than nerve he sent a tape of his ‘Quarter Of An Hour Show’ to the Beeb (a nickname he invented – FACT!), and ended up being interviewed on-air and offered an audition for the hip swingin’ Light Programme. Ultimately he got turned down out of an anecdote-friendly fear of having too many of those blasted ‘young people’ on the station, but wound up literally all at sea when he was eagerly snapped up by offshore Exclusion Zone-evading boat-based ‘pirate’ concern Radio London.

In between bouts of throwing up into the North Sea, Cuddly Ken perfected his unique brand of sonic tomfoolery with a mixture of offbeat gags, ‘talking back’ to pre-recorded tapes, larking around with studio technology, making up jingles over bits of the latest pop waxings, surreal overexcitement about all things Beatle (famously, he was sent to America with the ‘Fabs’ to chronicle their last big tour down a crackly Transatlantic phone line) and, well, silly voices, most productively in the company of like-minded Yank-accented cohort Dave Cash. He also perfected an unanticipated skill at getting in hot water with the ‘authorities’ through his liking for provocative yet innocent off-colour remarks, eventually getting the boot after ridiculing the fire and brimstone pronouncements of Big L-sponsoring religious loon Garner Ted Armstrong on air.

By this time, though, he’d become a minor sensation and more importantly had caught the ear of up and coming Light Programme producer Johnny Beerling, who bailed him out with a usually Beatle-centric slot on ‘pop magazine’ slot Where It’s At!, and a combination of audience popularity, behind-the-scenes popularity and general I-read-the-news-today-oh-boy shenanigans made him a shoo-in for the Radio 1-ushering group photo on the steps outside Broadcasting House. Initially he wasn’t given much elbow room in the schedules, but that all changed when a panicky reshuffle designed to get rid of the original intakees who weren’t ‘working’ saw him make Weekend Breakfasts his own, working his Wireless Workshop to within an inch of its technological life to create a lunatic vision of life at the Beeb involving much verbal sparring with such characters as Granny, Crisp The Butler, and an endless procession of doddery old BBC ‘suits’.

But it was this at-oddsness with said ‘suits’ that would prove to be his undoing, when a series of frown-causing instances of anarchic free-spiritedness (most infamously his all-too-vocal battering of the BBC’s Musicians’ Union-placating insistence on limiting the number of bona fide ‘pop discs’ that DJs were permitted to play) culminated an ill-judged joke about the Minister For Transport’s wife passing her driving test with the aid of a monetary bribe. Cue complaints, sacking, and hasty replacement with Zany Bearded Funster in waiting Noel Edmonds. Driven by the need to keep up the mortgage payments, not to mention the spiralling cost of Wireless Workshop upkeep, it was at this point that Ev started to become a Light Entertainment-friendly familiar TV face, though he kept one foot securely in the radio world courtesy of sketch comedy for Radio 4 (most famously the celebrated school holiday oddity If It’s Wednesday, It Must Be…) and a series of slots for BBC Local Radio stations, at least one of which – you guessed it – fired him for being a little too enthusiastic about plans to introduce a commercial radio service for the UK. He was allowed back onto Radio 1 for a short spell in 1973, but Beeb-demanding pre-recording took some of the fun out of it for him, and as soon as the much-bigged-up UK commercial radio became a reality, he hightailed it in the direction of Capital Radio, where he was reunited with his former Radio London paymasters, Dave Cash, and more importantly his top-of-the-game creative impulse, grabbing national headlines on a local station with both his ‘Bottom Thirty’ rundown of the worst records ever made, and the spoof serial adventures of the intrepid Captain Elvis Brandenburg Kremmen.

This fresh burst of popularity led of course to a call from Lord Thames and the ratings-topping Video Show, after which his radio work fell by the wayside a bit, though after switching his TV efforts back to the Beeb he did enjoy a stretch on Radio 2, with a show that changed its title in ever more ridiculous ways every week and a renewedly controversy-courting gag about ‘Thatcher’, and after bowing out from TV work he returned to Capital Gold, where he still found time to do some edge-cutting in and around the ‘ golden oldies’, including pretty much inventing modern media by broadcasting an entire show live over a mobile phone while stuck in a traffic jam. Kenny Everett kept broadcasting right through his terminal illness, including a moving yet hilarious appearance on Desert Island Discs (“now Kenny, you’re HIV positive…” – “yes, and hello Sue, by the way”), and the across-the-board sadness that followed his death proved just how pivotal he was to everyone from those pioneering authority-defying pop fans to youngsters who’d marvelled at the animated Captain Kremmen. It’s all too easy to describe Cream-Era figures as ‘one-offs’, but Kenny Everett really was, not just because of his persona but because in many ways he was the first, and everyone from Adrian Juste to Chris Morris has been only too happy to anckowledge his significant – if diffuse – influence. So keep an ear out the next time on your radio again, come the strains of Cuddly Ken…

Related Items:"lots of stuff in bags...", "Sounds like a jolly jape...", "what - because he had a beard?", Captain Kremmen, creaky-voiced BBC 'old duffer' archetypes keeling over with excitement while reminiscing about Down Your Way, Kenny Everett, Kenny Everett Is Our Very Pal!, The Bottom Thirty
Share
Tweet
Share
Share
Email