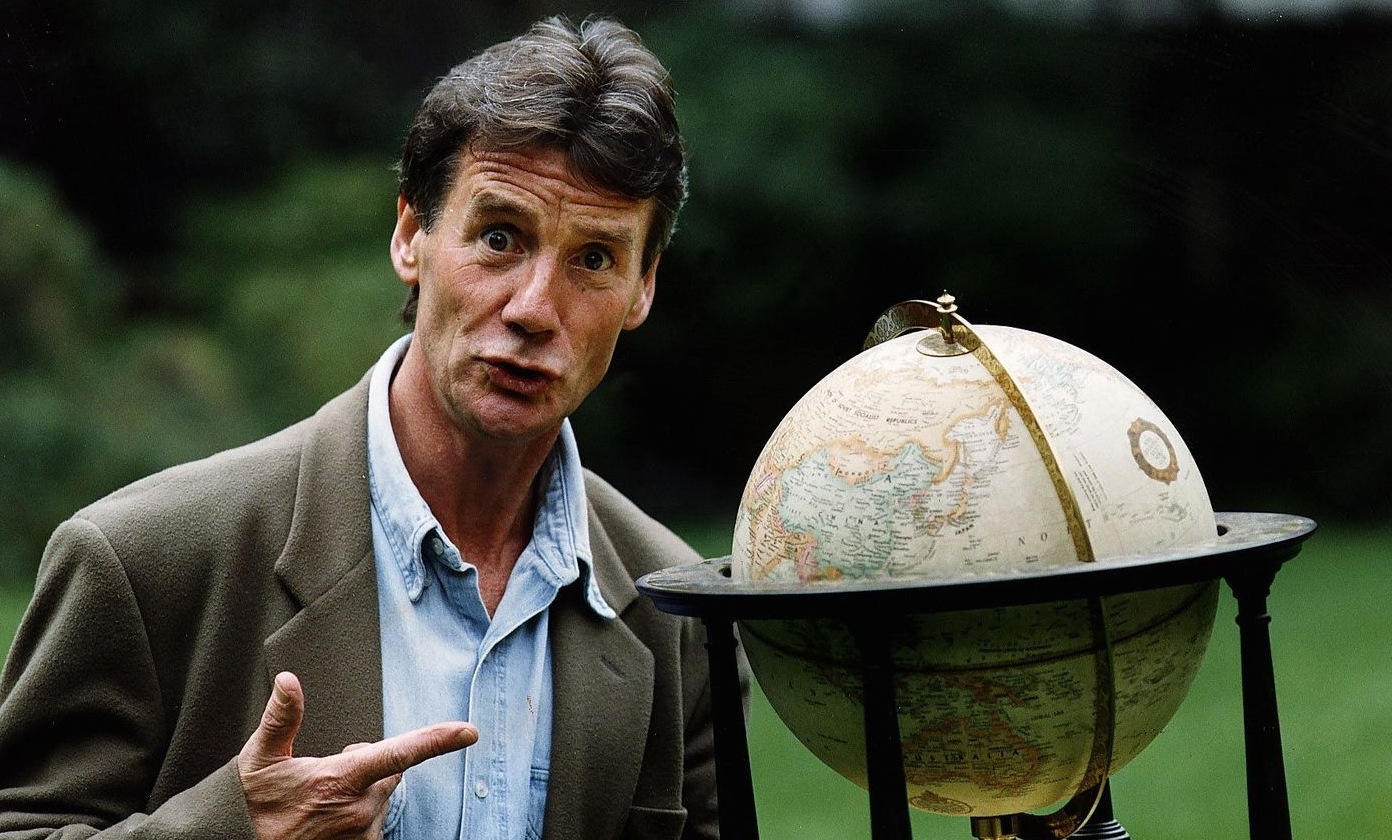 9.30pm AROUND THE WORLD IN 80 DAYS, BBC1
“Hello? BBC, yes. You want me to what? Go round the world?” It’s the second leg of Michael’s epic attempt to circumnavigate the planet armed with just an inflatable globe and a pair of chinos, and our man is in Alexandria (cue mystical Arabian fanfare from Paddy Kingsland) attempting to buy a train ticket (“Cairo? One way to Cairo! One!”). On arrival, he lands the coveted role of “man in elevator” in a thriller being filmed in the Cairo branch of Safeways, but a catalogue of nautical problems ensures this instalment ends not with a gallivanting Python being piped aboard a boat to Dubai but, less excitingly, driving a boxy 1980s Toyota across Saudi Arabia instead.

7.40pm MOTORFAIR 89, BBC2
If you’re a bit confused, the Motor Show was the one at the NEC in even years, while this was the one held at Earls Court in odd years. The power combo of Janet Ellis, Chris Goffey and erstwhile Top Gear correspondent Noel Edmonds (and let’s face it, Noel’s triumphant return to Top Gear is long overdue) roamed the rotating stands, tested some motoring innovations and, hopefully, put their foot up on a bumper and proclaimed “but let’s see how she fares out on the open road!”

7.30pm CORONATION STREET, ITV
It’s a big week on the cobbles, with the arrival of an extra Friday instalment, but this feature is no longer called Your Friday Night, so we must turn our attentions instead to the much-anticipated trial of Alan Bradley for defrauding the Castlewell Building Society after pilfering the deeds to number 7 from a biscuit tin, and attempting to suffocate Rita with a scatter cushion. In a bid to rival what we’ll never call “the doof doofs”, this episode ended on a freeze-frame of Alan’s face, before slowly zooming in on his eyes as the credits rolled.

1.10am BEST OF STAR TEST, Channel 4
A late-night rerun for the all-star teatime touchscreen talk-in, with Sam Brown, fresh from the pop crucible that is cassette one, side one of Now That’s What I Call Music 14, answering the questions on Love & Passion, Faith & Fortune and Bread & Butter (very much the Star Test equivalent of Spanish Pop on Pointless) from the proto-Siri.