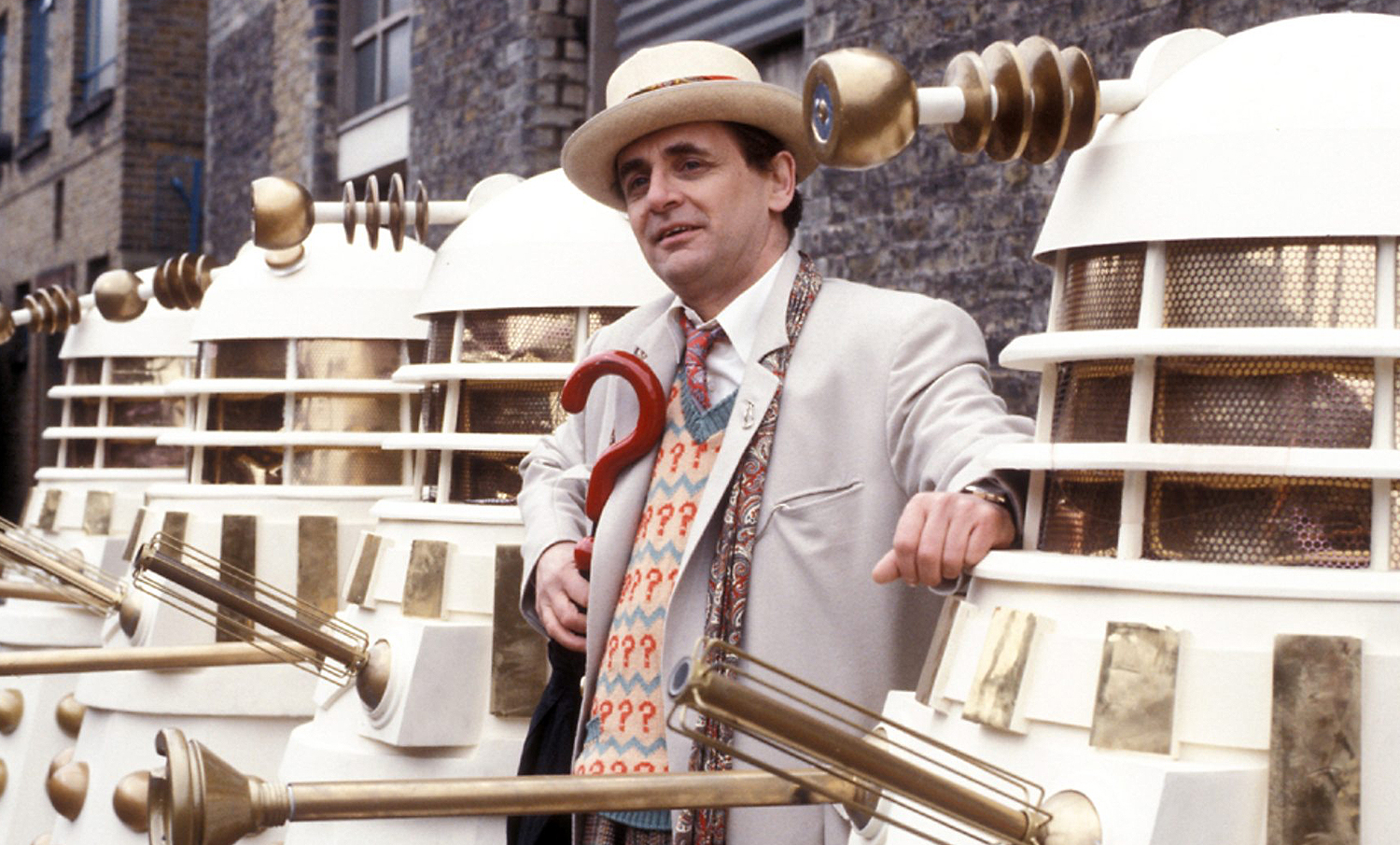 7.35m DOCTOR WHO, BBC1
Sorry, Mum, you’re just going to have to miss the saga of Alec Gilroy’s missing briefcase on Coronation Street, for Doctor Who has just “materialised on Wednesday nights” (as they’d have said on Open Air) in time for its silver jubilee season. It’s back to Coal Hill School in 1963 for episode one of Remembrance of the Daleks and a face-off with George “Home James!” Sewell and the cantankerous cruet set, backed by an epic soundtrack of dramatic keyboard stabs. And let’s not forget Ben Aaronovitch’s masterful cliffhanger, which put an end to the hilarity of Daleks-can’t-climb-stairs gags once and for all.

1.50am THE VICE-PRESIDENTIAL DEBATE, BBC2
Back in 1988, all-night telly was still an exciting new thing — indeed HTV’s own Night Club service had opened its doors just a few weeks before, offering a high-octane mix of Donahue, America’s Top Ten and The Intrepid Mr Twigg starring Roy Castle. No such thrills here, although this remains the only vice-presidential talk-in anyone ever remembers, as it was the one when Lloyd Bentsen shut down Dan Quayle with the “senator, you’re no Jack Kennedy” line.

8.30pm THE JOE LONGTHORNE SHOW, ITV
One of that breed of “fresh-faced entertainers” who emerged in the mid ‘80s bounding down a backlit staircase in a lightweight suit, Joe didn’t remain on our screens as long as some of his peers, which is a shame as he was a genuinely talented performer, although perhaps there’s only so many time you can “do” Shirley Bassey before the law of diminishing returns sets in. For this series, Joe’s resident special guest was magical funster Wayne Dobson, hopefully doing his “I like you!” routine.

4.30pm FIFTEEN-TO-ONE, Channel 4
Bring on the retired chartered accountants and local government officers, it’s time for 25 minutes of relentless interrogation under the command of an immaculately blazered William G Stewart. The finest teatime quiz of the decade, not least because, between the questions about British road signs and members of the Cabinet, there was usually a teaser about the ITV regions or the Radio 4 schedules.