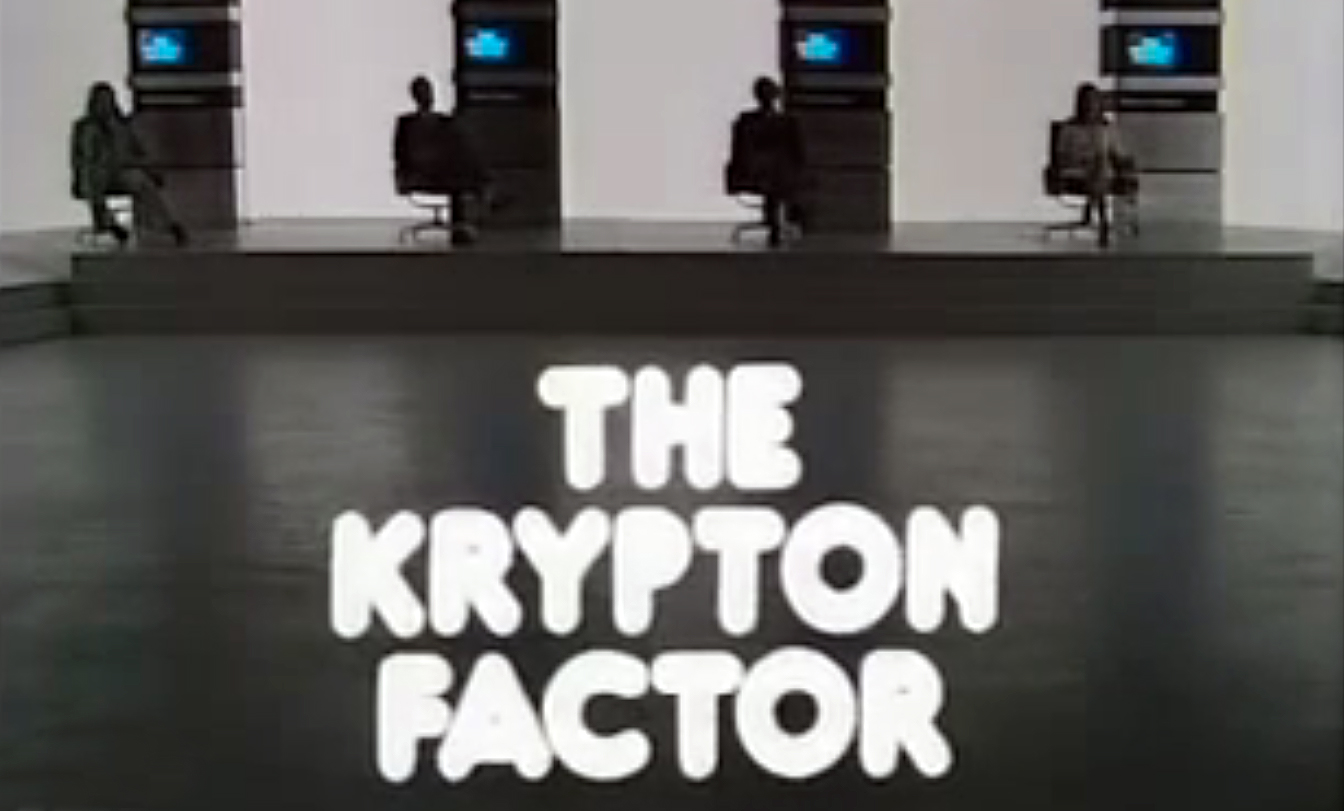 7pm THE KRYPTON FACTOR, ITV
Well, here’s a series that you probably didn’t expect to see in this feature, given it was so memorably a Monday night institution for many years. But before it set down on that evening in 1980, the first few series shuffled around a bit and this second run was considered the perfect way to start the weekend. This is the first episode of the second series and the big change this time round was the disappearance of the Personality round, where contestants were challenged on their creative writing skills with the results judged by the audience, which we’d be fascinated to see. For this series it had been replaced by the first appearance of Mental Agility, after which Gordon would be asking contestants to identify the colour of the shape to the left of the shape two to the right of the shape of the right to the centre shape, through headphones to aid concentration, for the next 17 years, before they ruined it. And don’t forget, as Gordon’s memorable catchphrase had it, all of the points from that round go immediately onto the scoreboard, just in case you were concerned they might just leave them lying around where they might get lost or stolen.

7.05pm HOE DOWN, BBC1
It’s the grand final of this long-forgotten series where that obvious choice of host Lance Percival looks on as Young Farmers’ Clubs from across Britain do, er, farm-related things, with celebrity farmer Ted Moult looking on in avuncular fashion. As our pals at ukgameshows.com dug out from the archives, said activities included tractor handling, milking a cow by hand, sheaf tossing, penning a pig, guessing old machines, duck driving and, never mind your fancy assault course, Gordon Burns, a relay race with straw bales, with songs from The Yetties to jolly things along. For this final Cumbria and Hereford had battled it out in the attempt to win, well, respect from their fellow farmers, no doubt. In fact for all we scoff, this concept seems to have been rehashed on a number of occasions, including Nick Owen’s Big Country Quest (during BBC1’s we-need-new-programmes-any-new-programmes mediocrity-fest summer 1994) and The Farmers Country Showdown on BBC1 just the other week. 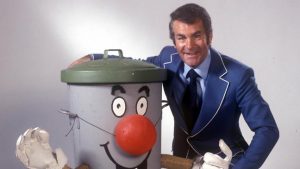 8pm 3-2-1, ITV
And if neither of those shows offered quite the sparkle you felt appropriate for the start of the weekend, then this is a bit more like it. In fact the show had begun on Saturday nights back in July but seemed to have been such a success that it was extended for several more episodes and moved to Fridays to make way for Brucie’s Big Night (might have been better sticking with this, perhaps). This first series was quite the spectacle, as well as recklessly overmanned, with Ted not just joined by The Gentle Secs but also his “chauffeur” George who did absolutely nothing and his team of resident comedians who would pipe up with a gag whenever contestants got a question wrong. Indeed, so flush with cash with these early shows that Ted even strode around the audience doling out pound notes for correct answers to trivia questions. The baffling bit about the first series was that the winners of the quiz were actually eliminated to come back next week, with the losing pair going on to the rest of the show, which is surely the result of someone trying to think of the one clever twist on game shows that nobody’s done without realising why nobody’s done it. The whole show was supposed to be ITV’s equivalent of the Generation Game, and while it never garnered the affection that show did – presumably as the contestants played an extremely minor role in proceedings – it far outlived that show. Nobody seems very interested in reviving it, though…