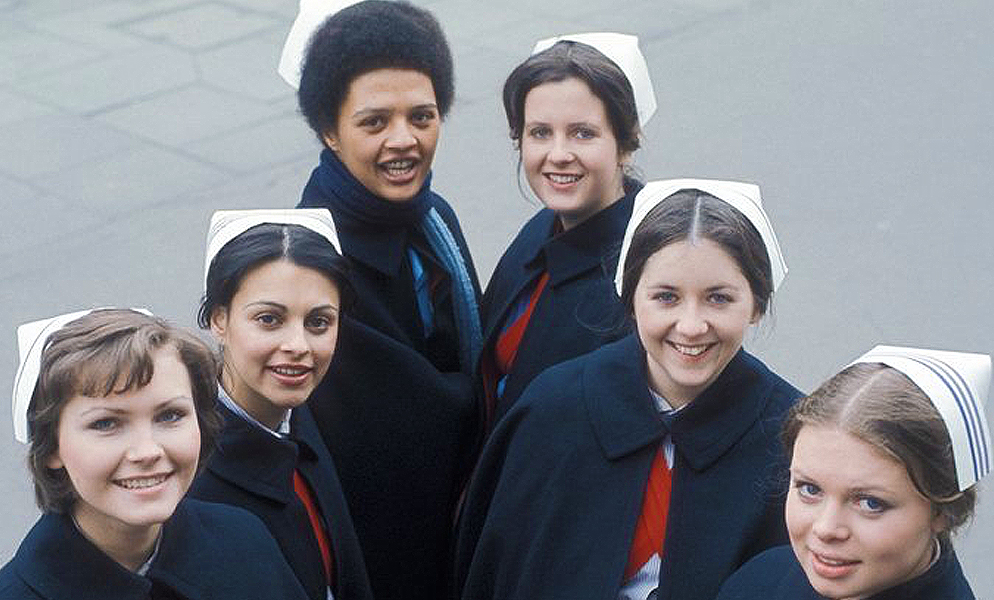 7.55pm ANGELS, BBC1
Perhaps one of the greatest BBC drama title sequences of all time – heightened by the sound of a pair of black pumps being scuffed on a gymnasium floor and the inclusion of a heart monitor, which back then seemed like a reasonably novel way to depict the complexities of life and death distilled down to a simple x and y axis. The series featured Fiona Fullerton and Debs and Mags off of EastEnders, plus Floella Benjamin – which was massively confusing for younger viewers unable to understand that Play School presenters may actually just be working actors.

9pm THE GENTLE TOUCH, ITV
We always held it against The Gentle Touch that it had a lady singing “ahh ahh ahh” in the title sequence, as if that somehow meant it couldn’t be as exciting as your average cop show.  In fact, it could be quite tough, and featured enough clever-clever dialogue to keep all the family happy.

9pm HINGE AND BRACKET, BBC2
These days, no one, but no one wants to see someone leaning on a piano singing – more’s the pity, but back then this was peak-time viewing on British television. This musical evening, presented by George Logan and Patrick Fyffe, featured songs from South Pacific and an earnest presentation of ‘Land of Hope and Glory’.  And we’ve only just twigged in the process of writing this that the duo’s name is a DIY-based joke.