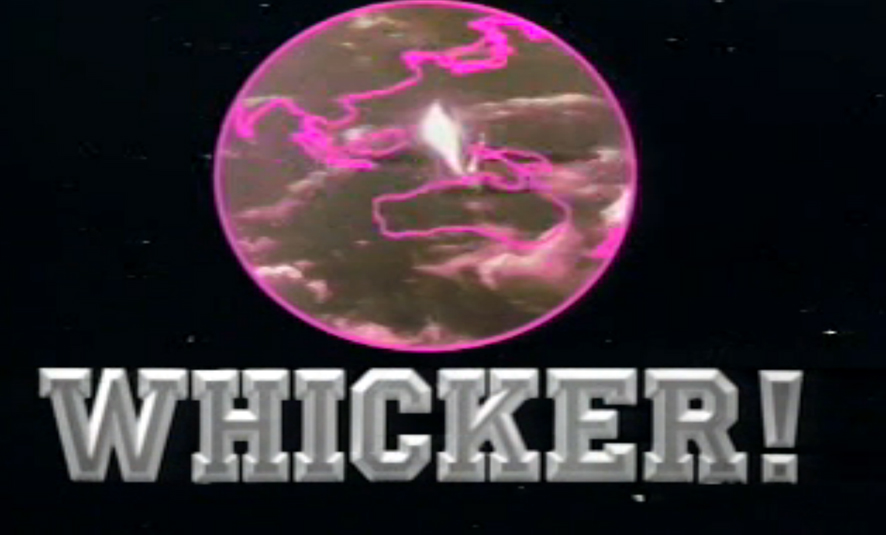 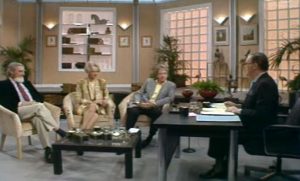 The eighth episode of 10 of Alan Whicker’s sedate (belying the exclamation-mark) chat-shop finds the man welcoming in to “Whicker’s world” (and thereby confusing the brand, even more so as this thing touches down to the strains of the classic WW ‘Horizons’ theme)… well, let’s let Alan do the groundwork: “The perfect cast for an epic jungle film – Hitchcock’s leading lady, an explorer who knows darkest Africa and an Oscar-winning director who’s just had all his jabs.” Said trio assemble in Alan’s conservatory of conversation – they sharing a coffee table, he sat at a giant desk – because Greystoke: The Legend of Tarzan, Lord of the Apes is about to be released and our louche host knew the director, Hugh Hudson, as a schoolboy. Of the film’s lead, Christopher Lambert, Alan opines he’s a “slim Frenchman with soulful eyes and a slight squint”. Squeezing in alongside Hugh are Tippi Hedren and Malcolm Coe of St Peter’s College Oxford. Recorded day before TX, meaning Radio Times had to wheel out various euphemistic guest rosters (‘The brash, the bizarre and the beautiful, the familiar and the unfamiliar-the people…’ etc)


6.40pm DOCTOR WHO, BBC1
It’s time for the Doctor to take on his deadliest ever terror – Colin Baker.  It’s the second part of ‘The Twin Dilemma’, of which the BBC’s programme database helpfully informs us that there are four “ALIENS ENCOUNTERED IN EP2: Mestor (Gastropod); Edgeworth/Azmael(Time Lord) Jacondans; Humans”. Four! 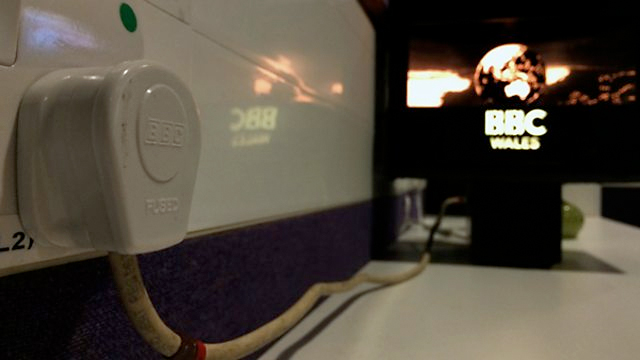 Little is known about this fantastically named late night sport fest from BBC Wales, but that name is surely… sportacular.