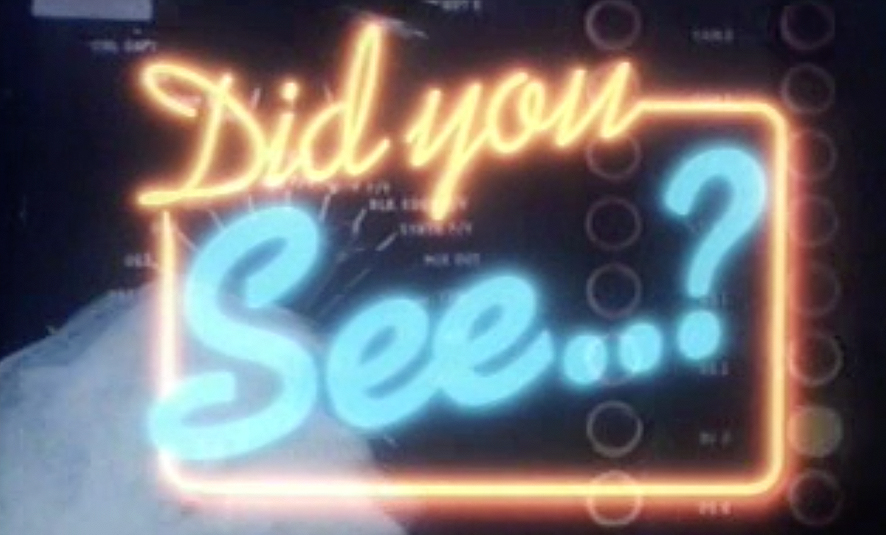 7.50pm DID YOU SEE?, BBC2
“Yes I bloody did, thank you!” Journalist and journeyman filler-in-er Iain Johnstone has a go on Ludo’s swivel chair to discuss the last three weeks of telly with film director Lindsay Anderson, choreographer Gillian Lynne and proxy-Willie Rushton, Ned Sherrin. The programmes under discussion: The Hot Shoe Show (Lynne is broadly in favour, but worries about the mystique of dance being lost), a South Bank Show special commandeered by Ken Russell (Anderson: “No imaginative cohesion”) and The Black Adder (Sherrin hopes to laugh more at future episodes). Plus evergreen chat about how ratings are collated, which includes an interview with BBC1 Controller Alan Hart. 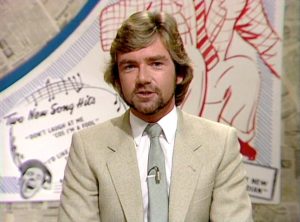 “It’s the Christmas of 1953, the new Queen Elizabeth is just off on a six-month tour of the Commonwealth.” The mid-tempo Noel Edmonds nostalgia-vehicle parks itself in Norman Wisdom’s timeline, at the point his first film, Trouble In Store, debuted. Old codger who saw it in the pictures at Camden Town provides testimony – “Well, it went down marvelously” – before the comic himself is invited to join Noel on the rostrum for chats, faking a stumble along the way. Also features a sketch with Noel and the Flowerpot men, and – why not? – superfluous Molly Parkin. At the time of writing, this, incredibly, is available to view on iPlayer. 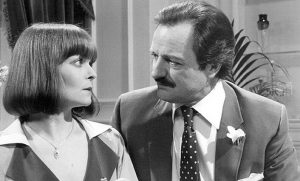 Ahead of the second series’ debut in September, a repeat  run of the first season of the Peter Bowles sitcom, a result of his contractual negotiations with Yorkshire TV who were keen to keep their man H-A-P-P-Y and on board for their other Eric Chappell comedy. He plays fraudster Howard Booth, who gets out of jail and moves in with his insipid sister Mary (Rosalind Ayres) and her husband Trevor (George Cole). Potential romance with Laura (Isla Blair) and slow-moving farce ensues.