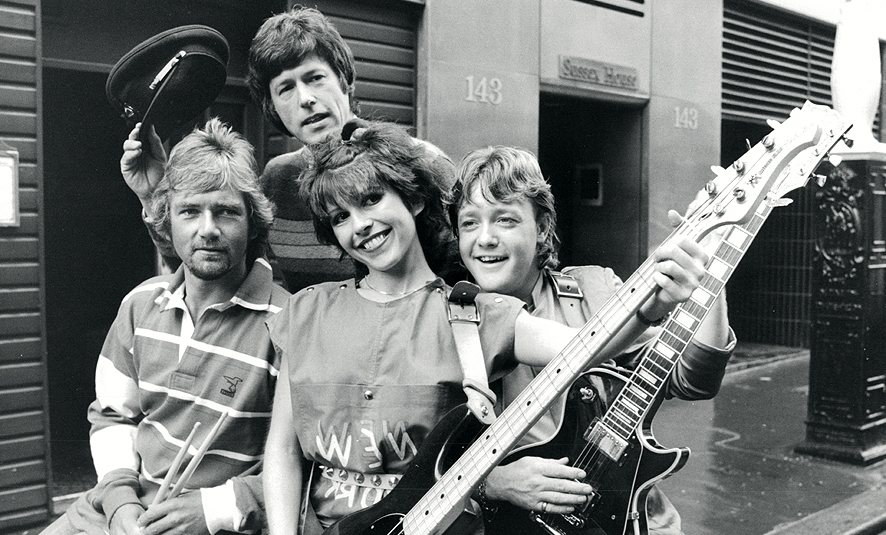 4.40pm SWAP SHOP STAR AWARDS, BBC1
On BBC4 recently we’ve seen the debut of Boy George on Top of the Pops, while there are many for whom their first sighting of David Bowie performing Starman was a pivotal moment in their life. But on Good Friday 1981 saw an almost as seminal act make their TV debut, as Brown Sauce appeared on our screens for the first time. A bit like Riverdance (and surely just as important), the “band”’s first appearance was as an interval entertainment, in this case the annual beano rewarding kids’ TV favourites of the previous 12 months. Gongs this year went to, among others, Barbara Woodhouse, Seb Coe and Little and Large, which must have made for a lively green room, and lest you think this was just a bit of fun, Chris Wenner’s Blue Peter contract wasn’t renewed because he didn’t get enough votes. And the awards lived on even after the end of the Swappie, in the shape of the SOS Star Awards and the Rad Nose Awards, ensuring generations of kids got to pick their Top Lady on TV. 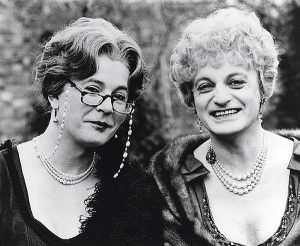 TVC was always completely baffled by Danny La Rue when we were young, not so much about whether he was a man or a woman, but more as to what the actual point of the act was. The same could also be said of Dr Evadne Hinge and Dame Hilda Bracket, whose comic whimsy was surely the dictionary definition of “acquired taste”. They enjoyed plenty of success on telly, though, mostly through the Gyles Brandreth-scripted sitcom Dear Ladies, but also in specials such as this, an evening of songs from the shows to celebrate the opening of the Stackton Tressel Alhambra. No, you’re not supposed to know where it is, it was a fictional village, though it does have a worringly detailed Wikipedia page which points out: “In some episodes of Dear Ladies Stackton Tressel appears to be larger than a village with a town council, department store (Ahlers) and several other shops.”

7.35pm BRIAN MOORE MEETS CAPTAIN MARK PHILLIPS, ITV
In the late ’70s, Brian Moore, the face, voice and combover of ITV’s football coverage, was close to leaving the network altogether. The flashpoint was the decision to drop Saturday lunchtime regular On The Ball in favour of all-sports magazine Headline, which Moore thought was a rubbish idea, and the Beeb came calling with an offer to not just commentate on football but also present the coverage of cricket, one of his great loves. But just as he was about to head off to Wood Lane, Michael Grade leapt into action. Headline got the chop, and Grade also invited Moore to front a series of sporting documentaries, personally requesting the first with Brian Clough, which was enough to keep him at ITV. In fact the Clough one never happened, but Moore did present several others, and his encounter with Captain Mark Phillips was enough of an exclusive – and presumably considered of interest to a wider audience – to fill up nearly an hour and a half of primetime Good Friday ITV. Moore was a fine commentator and lovely man, but it’s yet another example of how Michael Grade had the Midas touch when it came to dealing with the talent.