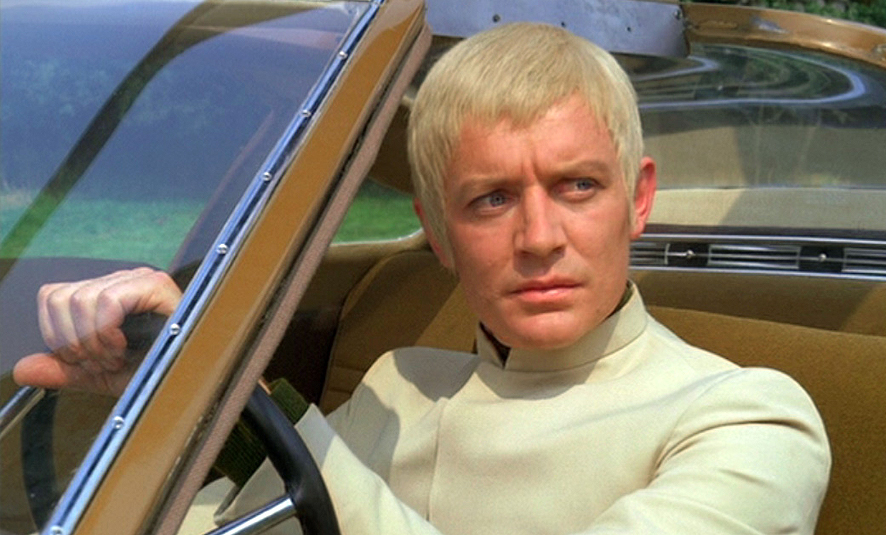 FIRST PROPER live-actioner from Supermationationer GERRY ANDERSON, fast forwarding to the 1980s for a caper through life in an alien defence organization (SHADO – Supreme Headquarters, Alien Defence Organisation) led by jawy Ed Straker (ED “CAPTAIN BLUE” BISHOP) and GEORGE “SPECIAL BRANCH” SEWELL. GABRIELLE DRAKE slinked about in a tinselly purple wig playing a character called Gay, while WANDA VENTHAM was Colonel (tee hee) Virginia Lake. More “adulty” flavour signposted by catsuit arse shots and sub-Bond innuendoes (hence consequent ITV region indecision about pre-or-post-watershed scheduling), ditto those green patrol ships with the phallic missiles on the front. Alien invaders, disappointingly, kept themselves to themselves, mostly kidnapping humans and stealing organs for transplant when nobody was looking. Bit of a cop-out all round. None of it came true either.